This article was originally published on O’Dwyer’s on May 17, 2022.

I started my career in tech PR back in the late 1990s: a time when founders and the VCs who backed them were given superstar status, and tech industry publications like Wired, Fast Company and Red Herring (RIP) were as thick with print ads as the September issue of Vogue.

That boom time, and the bust that followed it, shaped me as a communications professional. The parallels between those years (that many who are reading this are too young to remember) and today are undeniable. And now, as a “veteran” (read: old) tech communications professional, I find myself drawing from those early experiences in the counsel I provide my clients and teams.

Arriving in the San Francisco Bay Area in Spring 2000, I very quickly got a job at one of the top boutique PR firms at the time. Every day, we fielded dozens of requests from well-funded startups who were willing to pay obscene amounts of money for our services. No matter that they didn’t have a product or viable business model, they had a vision and a story to tell, and vision and stories drove valuations. It was the best of times for tech PR—until it wasn’t.

After several months of watching the NASDAQ, which had more than doubled in the previous two years, take a precipitous nosedive, capital started to dry up. Companies that were riding high on VC money with hopes of record-breaking IPOs were laying off staff en masse, and PR agency bills weren’t getting paid.

The impact was also quickly felt by the Silicon Valley media, who, for years, had been served the same Kool-Aid we all had—and were now being forced to confront some cold, hard business realities.

I’m not in the business of predicting boom/bust cycles, but what I’m reading, watching and hearing from investors makes me believe we may want to prepare for a correction. That will mean a return to fundamentals, in business and in how we communicate. Here are five tips for tech communicators that I think are especially important when navigating a bear market:

As I said, I can’t predict where the market is going to go from here (if I could, I’d be living here and making my own wine). But I do believe the party we’ve all been at for the last decade is coming to an end. Everyone’s going to need to sober up. The good news is, the historical trend line shows that there is always plenty of opportunity in tech, especially for those who have the focus and discipline to play the long game. 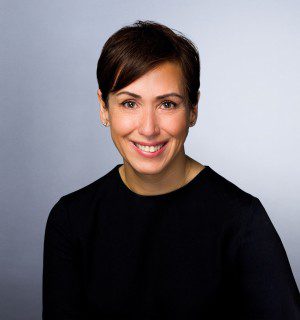