What We’re Forgetting During March Madness

“March Madness” is upon us.  I may be one of the few who is not enthralled by this. It’s not a lack of interest in basketball, but rather frustration over the machine that has become college and university sports.

Take Duke University, for example. Its basketball coach, Mike Krzyzewski, makes over $7 million a year (plus bonuses based on a winning season) versus the president of Duke, Richard Brodhead, who makes just over $1.4 million. And the same scenario plays out at most institutions of higher education with athletic directors and coaches of major teams earning far more than presidents and members of the academic side of the equation.

Yes, Duke has a winning basketball team – the overall top seed in the East – and there are likely more applicants to Duke as a result of its athletic notoriety, although it’s unclear at most universities how much money created by basketball and other successful athletic departments actually goes toward anything other than sports.

Michael Sokolove’s book, The Last Temptation of Rick Pitino: A Story of Corruption, Scandal, and the Big Business of College Basketball, received significant attention, as it should. In an interview, Sokolove noted, “If you look at a program like Louisville, which is a program that I focused on, they generate about $45 million a year in revenue. They give out 13 scholarships. That adds up to about $400,000 a year. The rest of it gets spread out to the coach, who makes $8 million a year, to the assistant coaches, who make as much as a half-million dollars a year. All throughout the athletic department, people are making six-figure salaries. It does not go to the players, what I call the unpaid workforce.” And that doesn’t reflect what the NCAA is making – about $1 billion a year – or what Nike and other athletic apparel companies reap by athletes being “human billboards” and wearing their logos from head to toe.

I believe the emphasis in March and the other months of the academic year should be on learning over sports. Today’s employment landscape is challenging for many. Tomorrow’s is likely to be even harder with requirements for skills that may not yet be clear. The ability to think and learn anew is all the more critical and that’s what institutions of learning should focus on rather than teams that have all the trappings of pro sports without the corresponding dollars to students and academic programs.

Being a member of a team can be beneficial in life, but the current emphasis that we witness at this time of year is just what it’s labeled, “madness.” Either professionalize college sports or do a reset with an emphasis on scholarship as well as sportsmanship and athletic prowess. 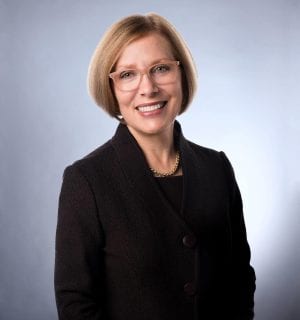