To Test or Not to Test? That is the Question!

It is, without doubt, the biggest question in the U.K. travel sector at present — a question debated in the media literally every day, and argued about by politicians, business people and travel consumers: airport test, or quarantine returning travelers?

These days, in the U.K. travel sector, the red-letter day of the week is Thursday. That’s when the British government announces which overseas destinations come off the list of acceptable countries for British people to visit without the need to quarantine for 14 days upon their return.

In one fell swoop, over a weekend, a tourism destination or a tour operator’s business can be left devastated as a country goes into “the red zone.” On the run up to the Thursday announcement, travel professionals watch nervously as destinations jockey for position in the green, amber or red zones of quarantine.

Leading players in the U.K. travel sector — tour operators, travel agents, travel trade bodies and even travel media, have launched a #SaveTravel campaign. The petition garnered the support of 12,000 signatures and was subsequently presented to the U.K. Department of Transport.

U.K. travel industry players are calling for the U.K. government to supply sector-specific support, including instigating airport testing of arriving and returning travelers to British airports.

So why is the British government appearing to resist the call for airport testing, and instead favouring the 14-day self-isolation strategy for travelers returning from countries deemed to be in the red zone?

The government claims a perfect test has yet to be developed; however, some medical experts’ opinions differ. Dr. Charlie Easmon of the Liverpool School of Tropical Medicine told the Telegraph Travel this week, “Testing is the best solution because it is rooted in science. It is accurate, fast, simple and non-invasive. Qualities which the current quarantine system is not.

“Instead we should have an efficient system that runs as follows: firstly, test on arrival (at the airport, for example). This also ensures that we have the personal data in terms of name, contact details and place of residence.

“Then, those found positive would be told to isolate for 14 days and tracked for any severity of illness. Those found negative would be informed that they could still be incubating the disease and need another test five days later. Only once the second test is done can they be fully given the all clear.”

The nose or throat swab tests currently favoured by many countries can, indeed, detect if someone is currently infected with coronavirus.

But, while the tests are safe and accurate, it is claimed they can sometimes give a false negative result, which means some people who take the test may be incorrectly given the all-clear when they have the virus and could spread it to others.

So the British government is, it says, pursuing a strategy of caution: If every traveler returning from high-infection countries properly adheres to the 14 days of quarantine — by staying at home and not going to the shops or having visitors — then the risk of spreading coronavirus is extremely low.

However, the plain fact is no policy — or, indeed, test — is infallible.

For government ministers, it basically comes down to balancing risks and understanding what is feasible.

Some private companies have started their own testing schemes, which could be used at British airports. The various schemes allow travelers to book a test that a trained nurse administers on their arrival at the airport and which is processed in 24 hours.

In theory, and if the government agreed, travelers with a negative test result could then be released from quarantine and would only need to self-isolate if, like anyone else, they developed symptoms.

Heathrow Airport is currently working with firms Collinson and Swissport and has established a COVID-19 testing facility in Terminal 2 that is piloting passenger testing.

The airport’s strategy is to offer passengers one test on their arrival at the airport and then another test “some days later” (somewhere between five and eight days later). If both tests are negative, there is no need for self-isolation.

The aim is to reduce the length of quarantine required from countries not on safe lists.

However, currently, the British government remains unconvinced, instead favouring a more targeted approach of self-isolation that asks only those coming from certain countries where the infection rates are highest to quarantine.

Across the globe, it is a similar story. Germany requires home quarantine for travelers arriving from anywhere termed an “at-risk area.”  Anyone having spent time in an at-risk area up to 14 days before their entry into Germany must either provide proof of having tested negative or be tested within 14 days of their entry into Germany. France does not require arrivals from certain countries to self-isolate on arrival, but arrivals are asked to complete a “sworn statement” form self-certifying they are not suffering symptoms. Many other European countries have variations along these lines.

In the United States, however, matters are far more draconian, with a large swath of countries finding the U.S. has closed its borders completely to visitors from many countries.

Against this backdrop, many airlines, such as Ryanair, have publicly announced they will ignore the advice published on the British government’s Foreign & Commonwealth Office website and will continue flying, saying, “The only thing stopping us flying to a destination is if the airport at the other end is closed.”

Many destinations protest the British government’s taking them off the safe list and urge travelers to still visit them.

So, given all the confusion about testing and quarantines, and airlines and destinations insisting they are still open for business, why are there signs of such panic amongst British travel consumers when a destination reaches the red zone and the British government removes that destination from the safe list?

Well, it is for two reasons, both of which are immune to the calls for airport tests and airline and destination pleas to still travel.

First, the vast majority of the British public are law abiding and will trust and support their government’s instructions.

Second, the minute a destination is declared not safe to visit by the British Foreign & Commonwealth Office, one’s travel insurance is declared null and void for that country — and unfortunately, money always speaks loudest.

In the U.K., Telegraph Travel has launched a new campaign, Test4Travel, with the ambition to lobby the U.K. government to introduce cheap, accessible testing in airports and ports in time for Christmas. More than 30 other countries, including Germany, have already introduced testing to free business and leisure travel from “red list” countries. The U.K. is in danger of being left behind. To show your support to campaign, use the hashtag #Test4Travel.

To test or not to test remains the question but, for the moment anyway, in the U.K., it may well remain unanswered for some time. 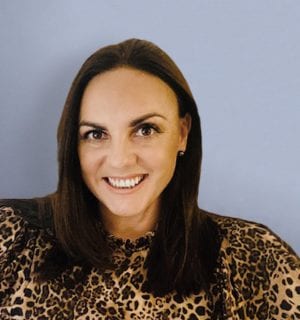