The State of Sports

With the Olympics postponed until July 2021, Wimbledon cancelled, the National Basketball Association (NBA) and National Hockey League (NHL) seasons suspended, and Major League Baseball’s (MLB) Opening Day, French Open and the Masters Tournament pushed back, millions of sports fans are putting  their cheering on hold. The cancellations and postponements are also driving change in coverage on television networks and satellite providers as well, as executives are making the decision to air taped broadcasts from several of their respective sport’s most memorable games. Leagues are scrambling for ways to keep their fans talking about their product. Once again, the NBA stepped forward.

Back on March 11, the NBA league was first in suspending its regular season after one of its players tested positive for COVID-19. This suspension marks the first time since the 2011-2012 season that the NBA would not play its full 82-game schedule, leaving this year’s postseason in doubt. In total, players from four teams have tested positive to date. The suspension of the regular season put a hold on what was turning into one of the most entertaining and highlight-filled seasons in recent memory.

To help give the NBA and sports fans the action they need during this down time, the league, its Players Association and American video game publisher 2K, recently announced the formation of “NBA 2K Players Tournament”, an NBA 2K20 gameplay tournament, which kicked off on Friday, April 3 on ESPN and ESPN2. Featuring 16 of the league’s most recognized players, its athletes brought their competitive juices from the hardwood to the growing Esports landscape. The tournament, taking place on Xbox One, will continue with quarterfinal action on Tuesday, April 7 with semifinal and finals action airing on Saturday, April 11. Quarterfinals will be single elimination, while the semifinals and finals will be a best of three. The eventual champion will have his charity of choice to donate $100,000 in support of ongoing coronavirus relief efforts.

The growth of the Esports phenomenon has enticed many of the leading sportsbooks to ride the bandwagon in order to keep users actively engaged on their respective platforms. New Jersey-based Roar Digital, a joint venture between MGM Resorts International and GVC Holdings and owners of BetMGM, last week created a free-to-play NBA 2K Tournament for its verified NJ-based customers. In addition to awarding a $20,000 grand prize to be shared in cash amongst all winners, BetMGM will also be matching the $20,000 grand prize to its high scorers, with a $20,000 donation to the New Jersey Pandemic Relief Fund (NJPRF). Launched on March 26th by Tammy Murphy, the first lady of New Jersey and wife of Governor Phil Murphy, NJPRF will raise funds and organize and coordinate resources to fight the medical, social and economic impact of COVID-19 on New Jersey’s most vulnerable.  In the UK, this years, Grand National horse race became virtual using CGI technology. The Virtual Grand National was broadcast “live” in the UK, and like the real thing, fans could place bets on the hopeful winners.

Sports means so much to many around the globe for a multitude of reasons. Regardless of your favorite sporting event or your favorite athlete, this industry has always created a strong sense of community and will continue to bring us together, albeit in evolving ways. The return of sporting events – as a commercial industry and a leisure pastime – will be a true indication that the lifestyle and leisure arenas are recovering. 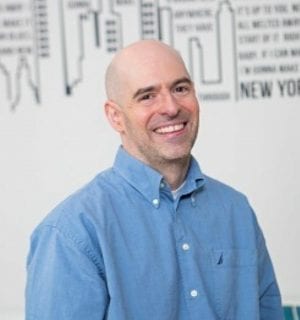