Saving and Paying for College a Greater Challenge Amid COVID

I dropped my oldest daughter, Kate, off at the University of Texas at Austin in August for her freshman year. The four of us each checked two suitcases with the airline, all stuffed with her clothing, shoes, bedding, posters, framed photos, school supplies, hangers and closet organizers.

It was a bittersweet day I began thinking about last fall as she was filling out college applications and wrote essays, but one I’m thankful we planned for financially for two decades.

Unlike my daughter, many young men and women did not get to attend the college of their dreams this fall – or attend college at all – due to the economic impact of COVID-19 on jobs and family finances. Of 2020 graduating high school seniors polled, 21 percent said their first-choice school was likely no longer affordable because of the economic fallout from the pandemic. In the same survey, 32 percent noted that they were considering a less-expensive institution due to their chosen school offering online rather than in-person courses.

That’s just the price tag for tuition. To include housing, food, books and living expenses, multiply times two and you have, roughly, the cost of one year of college. The amount is staggering.

Understandably, as tuition has skyrocketed, so has the amount of student loan debt, with borrowers owing an average of $37,000. Today’s young professionals hold so much combined student loan and consumer debt, they cannot afford to save for a down payment on a home. Their paychecks, accounting for inflation, have about the same purchasing power today as in 1980.

Borrowing money to pay for college is shockingly easy to do. After I submitted my financial information to colleges via the Free Application for Federal Student Aid (FAFSA), Kate and I both received, unsolicited, letter after letter offering enough money in student loans and credit card limits to more than cover her school tab for the year. There’s no offer of financial counseling in the letters we received, no “only borrow as much as you need” messaging.

It’s understandable how students and their parents are tempted to take out the loans. In most cases, the interest rates are low and repayment starts after graduation, if they graduate. If not, repayment begins three months after leaving school.

The past two decades have been financially rocky for middle and lower-income Americans. Many lost homes and savings during the Great Recession of 2009 and have never fully recovered. Now, the pandemic has taken away jobs, family members, more savings and dreams — dreams of owning a home, dreams of retirement and dreams of going to college.

Typically, college enrollment jumps during economic downturns when jobs are scarce and people look to re-train, as it did during the Great Recession. Yet, the opposite is happening now.

Of low-income students who have enrolled, some are dropping out because they don’t have access to a computer or the internet – essential tools for attending online classes. The likelihood that they will ever enroll in college again is low – only 13 percent of college dropouts ever return and fewer graduate – diminishing their job and wage prospects for a lifetime.

There’s a way to make college affordable for everyone; policymakers and higher education just haven’t agreed on one yet. In the meantime, rather than borrowing tens of thousands of dollars students will struggle to pay back, it is important for families to begin saving for their child’s college education as early as possible.

Even putting a small amount of money each month into a 529 savings plan can grow to thousands of dollars if you start early. Traditional plans offered by some states provide tax-free savings and earnings are tied to the stock market. Private College 529 Plan contributors can buy certificates toward a private college education and lock in tomorrow’s tuition at today’s prices.

It’s a wonderful way to give children their dream, despite recessions and pandemics and whatever other natural and man-made disasters may come our way. 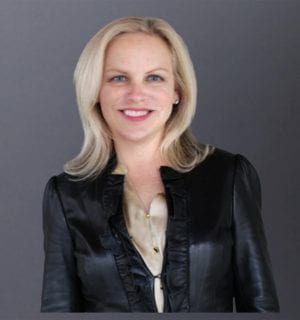