You always remember your first encounter with Zora Neale Hurston. And for me, that encounter came in high school when I read what is widely considered to be her magnum opus—Their Eyes Were Watching God (1937). It was, at first, a very unusual (and, if I’m being honest, very difficult) novel to read because I had never encountered a novel that used the Black vernacular—the long oral tradition of black communities that draw on the culture, folklore, religion, politics, and colloquial expression used in everyday conversation. It wasn’t until I revisited the novel in college that I could fully appreciate what a groundbreaking maneuver (and lifelong passion) it was for Hurston to capture and celebrate the Black vernacular in her work.

Today, Their Eyes Were Watching God is one of my favorite novels and Hurston, one of my favorite writers. As a prolific writer, trained anthropologist, African American woman, and darling of the Harlem Renaissance, Hurston recognized the inflection and tales of the Black South (and the Caribbean) as poetry, and now when I revisit this novel, there is always a new lyric or revelation to be discovered.

While I was introduced to Hurston as a writer well-established in the American, African American, and feminist literary canons, I was shocked to learn that her body of work only narrowly made it into the hands of contemporary readers. When Zora Neale Hurston died in the winter of 1960, she was destitute and her books out of print. Posthumous obscurity, however, would not be her lot.  A resurgence of interest in Hurston’s work began in the 1970s with the literary work and commentary of many other Black female writers: Alice Walker, Toni Morrison, Gayle Jones, and Toni Cade Bambara to name a few. Hurston, herself, could not predict Their Eyes would become one of the most popular, most printed, and most studied books in American letters.

Hurston earned a great deal of notoriety due to her convictions about Black culture and folk expression. Critics attacked Hurston for utilizing Black vernacular into her writings. Both Richard Wright and Ralph Ellison slandered her work. Ellison even went as far as to dismiss Their Eyes Are Watching God as a “minstrel novel.” Hurston’s stories were written in “Negro dialect.” She did not let Euro-American literary conventions dictate her artistic expression.  Hurston endowed her protagonists with the intonation and cadence of Black folk culture and was never apologetic for it. She finished the manuscript to Their Eyes Are Watching God while completing ethnographic research in Haiti. Hurston was no doubt convinced of the bountiful resources that could be found in the Black vernacular. We need only to consider how extensive Hurston’s catalog is to appreciate how productive the Black vernacular was for her work and imagination.

Even more controversial for me was learning about Hurston’s rejection of the Supreme Court’s 1954 landmark decision in Brown vs. Board of Education which, finding “separate educational facilities are inherently unequal,” ruled segregated schools unconstitutional. On the one hand, it is extremely difficult to accept that Hurston was dismayed by this watershed decision that spurred the 1955 Civil Right Movement. On the other hand, however, one is a little more sympathetic to Hurston’s position when one considers what a devout disciple she was to the study of Black folk expression. It was not that Hurston was against desegregation so much as had concern for what consequences it would have on the fecundity of the Black cultural expression she regarded as an artistic achievement.

I’ve always been a little bit of a literary nerd, so Women’s History Month is usually a time when I revisit works from my favorite black female writers, and Their Eyes Were Watching God is one that I like to keep in that rotation. The cultural richness and the cultural complexity are not only found in the pages in this book but also in the history around the book. 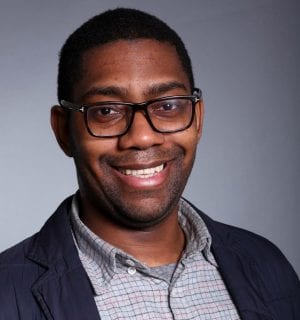