New York City is in the middle of one of the most unprecedented tech booms in history. San Francisco and Seattle are more closely associated with the industry but only because their share of tech workers relative to the rest of the population is higher; in absolute numbers, NYC has far more programmers, software developers, and similar workers. Every FANG stock has an enormous presence in the city – Google is building a $1 billion campus in the West Village; for all of the commotion surrounding Amazon’s ‘second headquarters’ about-face, the company is still expanding here rapidly. Savills Plc just anointed NYC as the best place on the planet for technology.

But even more exciting for us here in Finn Partner’s New York technology practice is how diverse geographically New York’s ecosystem is, and if we may be so bold, it’s because the city offers a little something for everyone.

More like Silicon Island — if this tech scene didn’t face comparisons with nearby neighbors like Manhattan and Brooklyn it’d be getting more buzz. The borough is home to the College of Staten Island’s tech incubator, which received 50 applications from startups last year, as well as the Staten Island MakerSpace, providing entrepreneurs with low-cost access to technologies like 3D printing in conjunction with the New York City Economic Development Corporation.

But Staten Island’s best weapon is its potential. The North Shore of the island has some of the least-expensive waterfront commercial space left in the five boroughs and resembles many popular areas elsewhere in the city (think DUMBO) just before they took off.

The birthplace of hip-hop is producing a new wave of creators, this time in tech. MetaBronx is a startup accelerator in the Mott Haven neighborhood of the Bronx focused on startups founded by women and members of cultural minority groups. Less than a 10 minute walk away is The Knowledge House, a nonprofit that trains low-income minority students and young adults in the Bronx for jobs in the tech sector.

Higher education is also playing a significant role in the Bronx’s next generation of technology leaders. Fordham University’s business incubator, Fordham Foundry, boasts a portfolio that ranges from an intelligent camera app to HIPAA-compliant healthtech solutions. Lehman College in the Bronx also has the Bronx Tech Incubator. In fact, Lehman is the first CUNY College to launch a Virtual & Augmented Reality Academy and Development Lab for students and NYC residents; a 10-month applied course in animation, 3D graphics, and web design.

The future of tech in Queens looks a bit different now that Amazon’s proposed ‘second headquarters’ was called off. But the cat is out of the bag – Long Island City, Queens, where Amazon had planned to build its East Coast HQ, is perhaps the hottest neighborhood in the city for businesses and residences alike because of its proximity to both Manhattan (right across the water) and chic northern Brooklyn.

Elsewhere in the borough, we’d be remiss not to mention Shapeways, the largest consumer 3D printing facility in the world. Shapeways has over 1 million creators and has printed over 10 million products. There is also Roosevelt Island, which, yes, is technically part of Manhattan County, but the only bridge to it connects to Astoria, and the recent debut of Cornell University’s Cornell Tech campus has been hoped to transform western Queens as the next epicenter of NYC startups. This $100 million, world-class facility, the last major initiative of the Bloomberg administration, offers about a dozen masters and Ph.D. programs in fields like information science, and electrical and computer engineering.

Facebook has over 2,000 employees based in Manhattan, including its chief artificial intelligence scientist; Salesforce employs more than 1,000 persons here; IBM chose the borough as the headquarters for its Watson artificial intelligence and cloud computing divisions – the list goes on and on and on. There are buildings in Manhattan that have more tech companies than in some cities.

Brooklyn is similarly booming – WeWork is building what could only half-jokingly be described as a biodome in the newly renovated startup mecca, the Brooklyn Navy Yard. The Navy Yard is worth an article alone; by 2020, it is projected to host almost 20,000 jobs over 2 million square feet of office space, thanks to a $1 billion investment from regional authorities. Elsewhere in Brooklyn, if you’re into blockchain, ConsenSys, the 900 person-strong de facto headquarters of Ethereum, is in Bushwick; Kickstarter is headquartered in Greenpoint; Etsy is headquartered in DUMBO, etc.

BUT — will it always be this way? Stay tuned for part two of this blog post, when we examine the startup boom happening beyond the traditional coastal hubs, spreading to almost every corner of the country … 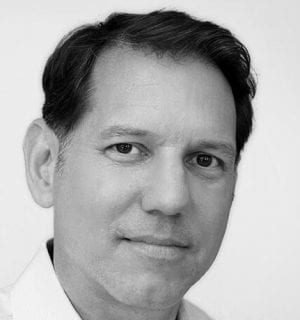