Maintaining Heritage In the Face of Assimilation

As statistics show, we are a country made up of many immigrants, with the Latinx community representing the fastest growing ethnic group in the country. Growing up in this community was sometimes a blessing and at other times a challenge. Looking back now it’s been definitely a blessing.

My parents came to this country in search of a better future for themselves and their future family. They were faced with a military dictatorship at home in Uruguay and decided to leave before it came to fruition. Like many Hispanic families in the 70’s that immigrated to the U.S., we all worked to assimilate ourselves but my parents were doing so while maintaining our cultural roots.

As children, my brother and I went to Sunday School to learn about our country and its history. We pledged allegiance to that flag and sang the national anthem. All in New York City. In our home, we were not allowed to speak English. The funny part is that my parents speak English, that was never the issue. They firmly believed that language was the main connection to our homeland.

Spanish at home was imperative as our grandmother, who didn’t speak a word of English, lived with us. My parents would guilt us with, “can you imagine not being able to talk to grandma?” I was shown newspaper articles of families who didn’t speak the same language because they not only assimilated but practically denied their heritage.

As a teenager, I started to rebel and like many girls at that age, went through a bit of an existential drama. I wanted to be American, only speak English, after all why were we here? I wanted to be friends with the white girls and have white boyfriends. I wouldn’t answer to my Spanish nickname. But always at home, it was “en español!”

I grew out of the phase, thankfully! I started to appreciate the multicultural world we lived in. While a small country in South America, I learned to be proud of where my family came from. Once I started my career in public relations, I realized that being bilingual was a huge advantage. I could work with clients in Spain, Mexico, Argentina, Ecuador (all of which I have done) and would be able to communicate with them in the language that they were comfortable with. I could pitch media and secure international coverage for my clients!

I remember one day, after having been in PR for a while and getting comfortable in the Spanish business world, I asked my mother, “why didn’t you teach us more about Uruguay?” She replied, “do you know how hard it was to make sure you and your brother spoke Spanish? I wanted to make sure you at least had that!”

For that and so much more, I thank my parents for raising us in a bicultural household. 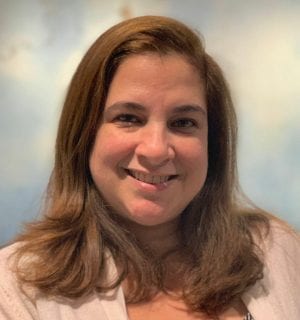