Each year, on 21 February, communities around the globe celebrate International Mother Language Day. The objectives of the day are described by UNESCO as to, “promote linguistic diversity and multilingual education.” The annual occasion also raises awareness of languages that are at risk of dying out. While there are an estimated 6,000 languages spoken in the world, astonishingly, at least 43 per cent of them are considered ‘endangered’.

This year in particular, draws attention to the dangers inherent in the loss of languages. The United Nations declared 2019 The International Year of Indigenous Languages to promote and protect them, as well as to highlight the importance of language to identity and cultural history.

Such awareness-raising initiatives reinforce the significance of languages, not only to our communities, but also to our own personal identities. There are a range of studies that have sought to examine the influence that language has on us as individuals. Is language simply a tool for communication or does it do more than that? Does the language we speak actually impact the way we think?

It’s a fascinating topic discussed in Psychology Today and Science mag, with consideration given to how speakers of different languages make observations and the emphasis that individuals place on certain actions. These factors may affect our perception and outlook on the world.

To speak more than one language is to gain access not only to a range of vocabularies but also to different forms of expression. When we learn a language, we immerse ourselves not only in new words, but also in the culture and history that has given rise to the words of that language.

Illustrating this, we can consider occasions when a word in one language altogether lacks an equivalent in another. The aforementioned Psychology Today article provides the wonderful example of the Portuguese word saudade: “the love and longing for someone or something that has been lost and may never be regained” which has no equivalent in English.

The idea that it’s possible to express a concept – possibly a quite far-reaching concept – in a single succinct word in one language but not in another, is intriguing. We find a common example of this with ‘schadenfreude’: “pleasure derived by someone from another person’s misfortune”. For the want of a concise equivalent, English adopts the German, although I now learn that a plethora of others also exist around the world, and am left with an even keener sense that English is missing out.

Another wonderful example is the Swedish lagom: the state of something being ‘just right’. In English we have the ‘Goldilocks Principle’ which, although not a single word is charming and self-explanatory – at least to those familiar with the fairy tale.

Culture and history are wrapped up in the languages that we speak and the way those languages evolve, with new words entering our lexicon all the time. International Mother Language Day highlights the importance of language diversity and spreads the message that to lose any language is to lose something irreplaceable. 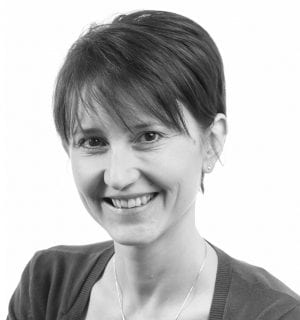