In Favor of Prudence: A Meditation on RBG’s Legacy

Merriam-Webster defines “prudence” as “the ability to govern and discipline oneself by the use of reason.” A good approach anytime, but particularly powerful at this moment as we confront a global pandemic and the oddest back-to-school season yet.

It occurred to me — on the sad occasion of Justice Ruth Bader Ginsburg’s passing, and as my children and I watched the biopic “On the Basis of Sex,” based on her life — that, in some very fundamental ways, we collectively seem to have left the notion of prudence in the rearview, a quaint anachronism of another time and place.

Whether you agree with her perspectives or not, Justice Ginsburg is oft referred to as an incrementalist, and most definitely a prudent one at that. In 2013, upon the occasion of her 20th year as a Supreme Court Associate Justice, The New Yorker’s Jeffrey Toobin in an interview with NPR’s Terry Gross made this point. According to Toobin, Ginsburg affected some of the greatest gains for women’s rights by methodically tackling issue after issue and contextualizing her arguments as inequitable for men. A prudent approach given the makeup of the court at the time.

By appealing to the interests of her audience, she confronted long-accepted social norms dealing with some of life’s most ordinary details. Whether it was estate planning or jury selection, she steadfastly worked to bring our nation’s laws in line with modern society, one case at a time. She was strategic enough to create long-term, meaningful change, and prudent enough to navigate her role on the Supreme Court for nearly 30 years — to say nothing of her storied friendship and intense intellectual battles with arch-conservative Justice Antonin Scalia.

Her passing comes as our nation struggles with challenge after challenge. The American ethos has always been one of innovation, can-do-it-ness and indefatigable resilience. RBG’s own story paints a powerful portrait — despite an extraordinary academic career she found little to no opportunity to practice law, eventually settling into the world of academia where she educated and mentored a generation of attorneys to fight for equality. Today, however, it seems we find ourselves beleaguered and out of ideas for how to innovate or reimagine ways to deal with some of our most ordinary obligations. Take, for example, the challenge of keeping our children learning and safe in the midst of a pandemic. It may be exhausting to witness leaders completely contradict experts — perhaps we are even numb to these antics by now, but therein lies the rub.

Prudence would demand that we push beyond the incessant noise and seemingly never-ending and discouraging news cycle and not lose sight of reason. As a professional woman and, yes, as a mother (thanks to RBG and others, that’s no longer a binary choice) I feel an urgency to carry on in Justice Ginsburg’s example, leaning on reason, tenacity and discipline to navigate this new school year. Indeed, this is what each of us owe our own children personally, our communities more specifically, and society in general.

Our global education system is in dire straits, and while the education sector is certainly not alone in dealing with all the complexity brought about by the pandemic, it is incumbent upon us all to ensure that prudence wins the day here in particular. Uncomfortable and imperfect as it may be to have my children head out to school wearing masks, or learn remotely from our dining room, I know they are among the lucky ones.

A quick look at the numbers makes the case. According to the Internet Society, nearly half of the world’s population is still without Internet access, at a time when we are literally relying on the Internet to keep us working, learning and even conducting some of that routine daily living. According to UNESCO, over 875 million students are still out of school due to COVID-19-related school closures. That is half of the world’s learners. In the U.S., according to the nonprofit USAFacts, more than nine million children have either no computer or Internet access at home, and according to the National Center for Education Statistics, 34 percent of households simply can’t afford Internet access.

United Nations Secretary-General António Guterres has called COVID-19’s effect on education a “generational catastrophe.” Quite so. Of course, communities already devastated by conflict, climate change, economic and gender inequality, systemic racism, radicalization and myriad other societal ills did not need a pandemic to further disrupt children’s access to school — none of us did.

But buried in all this uncertainty is an opportunity. Education is perhaps the greatest promise society makes to each child born into this world, and those of us fortunate enough to have had access to quality learning benefit from it in deeply personal and general ways. We can and must do better at providing every child with the opportunity to learn safely and equitably. It is the only way forward, and the only way for them to keep pace with the world they will inherit.

Taking on problem by problem, community by community, is not beyond us — yet. It will take creativity, urgency, disciplined approaches based on facts, and a shared commitment to make a way for us all. I can think of no better guide star than RBG, herself a teacher, to light the path forward. May her memory be an education revolution. 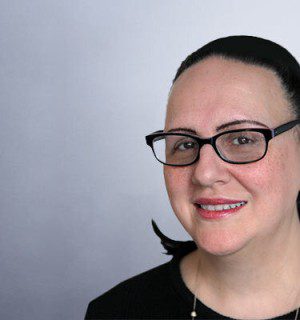