I learned from my father David Finn that you must follow your passion, and that your passion and skill set can be used to make a difference in the world. It took me a number of years to discover how to apply this to my life. My father’s passion was the arts; mine was building a more peaceful world.

I had been working at the agency, which was then Ruder Finn, for 15 years when my father offered me an opportunity to help organize a peace summit at the United Nations. Kofi Annan, a good friend of my father’s, was U.N. Secretary General at the time, and the agency was working with a number of U.N. agencies to support him. This particular summit was to be composed of the world’s religious leaders, to help create better understanding and respect among people of different religions, which has so often been a cause of conflict.

Working with the U.N. Secretary General’s office in 1998, I began meeting with religious leaders and inviting them to this summit, which was to take place in 2000 at the U.N. headquarters in New York. I discovered there were few women in senior positions at the time, and so women played a very minor role in the summit. This caused much dissatisfaction, and a number of people approached me to help organize a follow-up summit of women leaders. Kofi Annan agreed and suggested we hold it at the U.N. headquarters in Geneva, Le Palais des Nations. 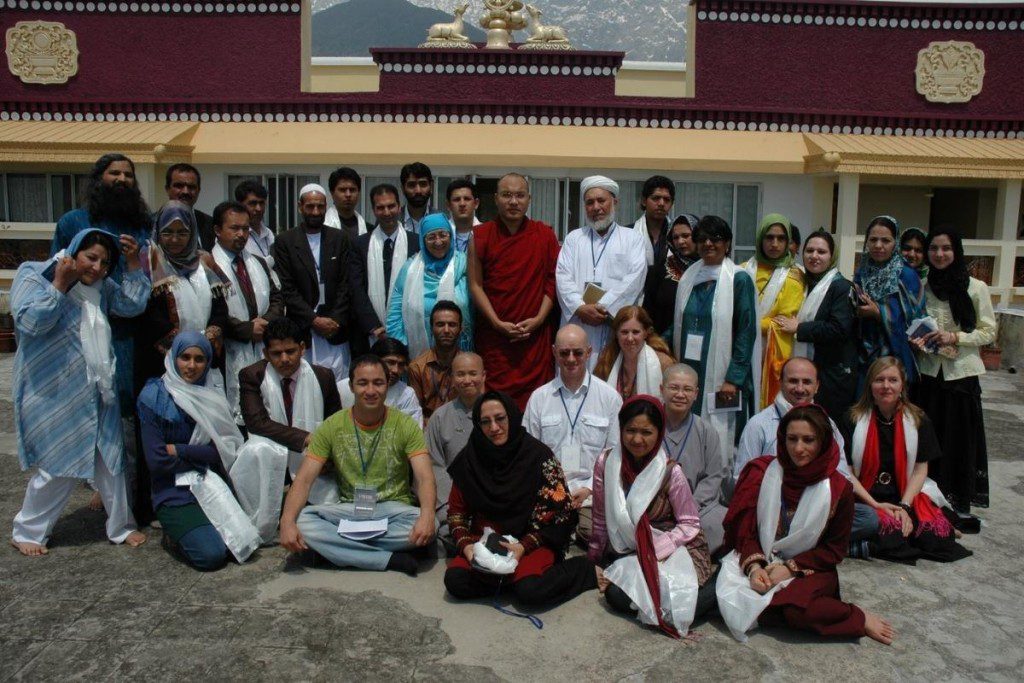 Little did I know how controversial this would be. The foundations that had supported the first summit closed the door on us. The religious leaders in Geneva were similarly unwelcoming. Fortunately, a group of businesswomen stepped forward to offer funds, and we were able to bring nearly 800 women religious leaders to Geneva in 2002, supported by women in other fields. Out of that gathering, the Global Peace Initiative of Women (GPIW) was formed.

I thought that my work of organizing summits had ended, but I was in for a surprise. During the Geneva gathering, a group of women from Israel and Palestine pleaded with us to help create a dialogue among them, and so we had our first peace project. We decided to hold this dialogue at the Nobel Peace Academy in Oslo, Norway, in 2003. It was the middle of the intifada, and a few days before the gathering, a bus bombing took place in Israel. The borders were closed, and we were told the Palestinian women would not be able to leave. My team and I were in Oslo waiting for the delegates to arrive when we heard the news. Fortunately, one of our women delegates was a member of the Israeli Knesset, and she worked through the night to get travel permits for the Palestinian women. Everyone was able to travel to Oslo, but both the Israeli and Palestinian women were angry when they arrived, and for three days we listened to tirades filled with anger, fear and hurt. I was about to give up, thinking I had made a mistake in venturing into peace dialogues, but on the fourth day, one of the Palestinian women stood up and began singing We Shall Overcome. Everyone else stood and joined her. That night, the Palestinian and Israeli women danced together. Some of the friendships formed during that time together have continued until today. 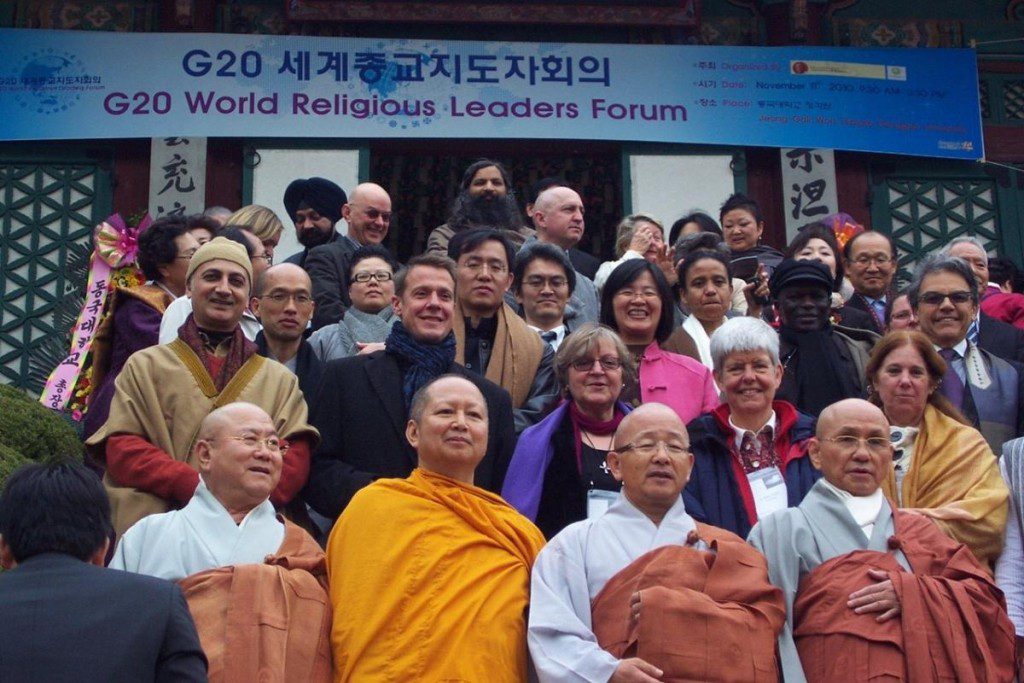 I learned how important communications skills are when bringing together people with opposing views. Getting people to listen to the other side, to have empathy with what others have gone through is critical. From that gathering, we:

In the U.S., we have also organized dialogues around issues of violence and justice.

Each time, we realized the importance of listening and understanding the depth of the suffering of others, and of course, forgiveness is a key part to healing trauma.

As GPIW grew, more and more men came to join us, supporting the role of women in peacebuilding. Although GPIW was initially formed to create a platform for women in resolving conflicts, the goal soon became gender balance, where men and women could come together to address critical problems. 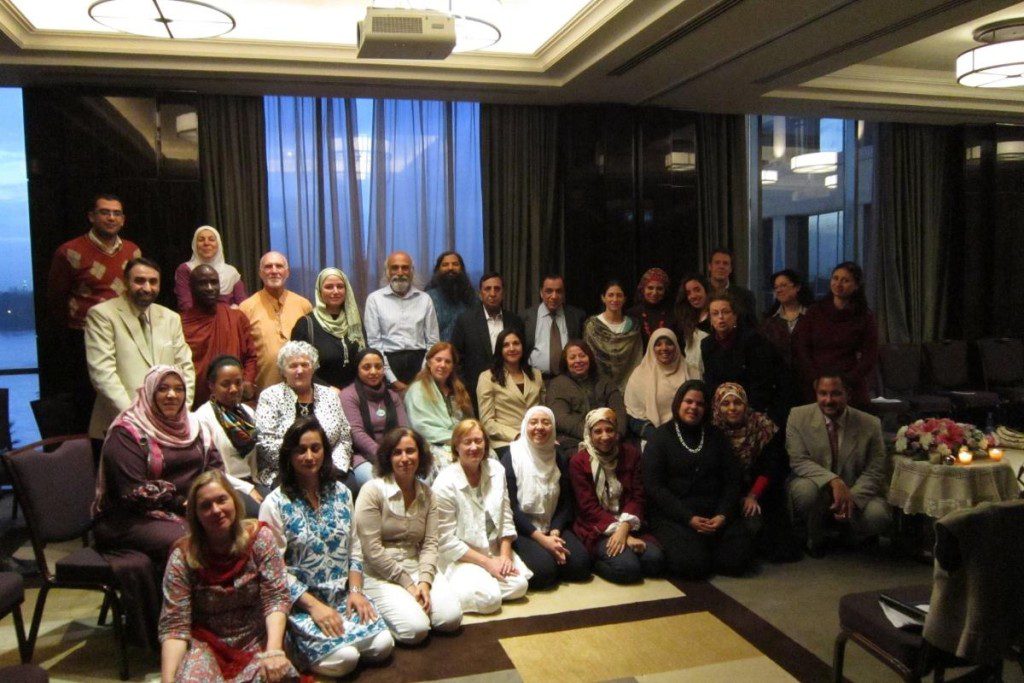 In 2009, we received a grant to organize a panel discussion at the U.N. Climate Conference (COP), which took place in Copenhagen that year. The theme was the moral and ethical dimensions of the climate crisis. It was the only workshop on this theme at the COP conference and was very well received. Since then, we have participated in almost every COP meeting, organizing similar panel discussions. Addressing climate change and restoring the environment have become a major focus of GPIW. We have found that the challenge is greater than simply making a few adjustments to the way we live. Rather, we must significantly change the way we relate to and interact with the natural world and with each other, awakening within ourselves greater compassion, care and understanding, coming to appreciate and see the value of our rivers, forests, mountains and oceans, and knowing that somehow we are all connected.

My experience has shown me that when governments speak to each other, frictions can arise, but when members of civil society come together, frictions can ease, as we share common concerns – a peaceful, safe and sustainable world for our children and grandchildren. We the people must make peace in our hearts and spread that to the communities in which we live. I am grateful that FINN Partners has enabled me to play a role in spreading this message. 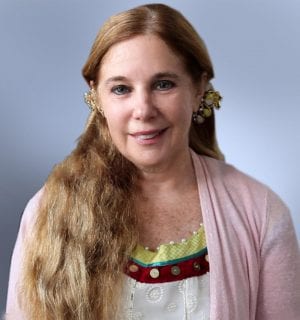