Perhaps we can all take a socially distant moment to tease out some basic tenets for business.

Along with the rest of the universe I have been binge watching Tiger King. The twists and turns of this dumpster fire are utterly unbelievable and the on-screen death spiral seemingly has captured everyone in its wake. Viewed in isolation (literally) this tragic tale could drive one to seek therapy, and perhaps that’s why everyone is talking it out: in person, on Zoom, in the media, and on social media. And we all demanded more, necessitating the recently released 8th reprise episode.

Forever a believer in silver linings, there must be lessons we can take away from this sordid tale. Perhaps we can all take a socially distant moment to tease out some basic tenets for business as we ponder whether or not Carol killed her husband, if Joe is guilty, and, more importantly, if animal print is appropriate in the board room, and if so, how much is too much?

Here is what I distilled from eight episodes of Tiger King

1. Treat your colleagues and partners with respect.

Joe Exotic did a pretty terrible job of taking care of his employees, business partners and any living thing that he encountered. Quickly his façade of empathy and caring was unmasked to reveal unrivaled selfishness, hubris and a basic disrespect for all. Joe was haunted by his transgressions when he had his day in federal court and not a single person showed up to support him. If only he understood the power of a fundamental rule. Be nice! Tough situations go a lot more smoothly when you know that your colleagues have your back and aren’t looking for an opportunity to feed you to the tigers.

2. If you don’t have something nice to say…

The internet and social media are highly efficient vehicles for communicating with target audiences. This is especially true when you live in a remote location like Oklahoma, you don’t have any qualms about being outrageous on camera, and you own big cats, which apparently are internet eye candy. Joe was obsessed with himself and fixated on activist Carol Baskins. His repeated on-camera rants about Carol and regular portrayals of his plans for her violent demise certainly influenced the opinions of those participating in his federal trial, as well as the entirety of the Netflix viewing public.

Our mamas were right, if you can’t say something nice then just don’t say it. We abide by that rule at Finn Partners, where “work hard, play nice” is a core value. This is doubly true when it comes to social media, because what you post online stays there forever. Think twice before you say something unkind about someone, as that might be your next new business prospect or the person interviewing you for your next dream job.

In a poorly hatched scheme to rid the world of his nemesis, Joe hired Allen Glover to kill Carol and the would-be hit man ran off with the money. Had Joe done his due diligence (and not thought himself above the law) he would have quickly realized that the right-hand man of his frenemy, Jeff Lowe, was probably not the right guy to task with this job. Furthermore, once they agreed on a price, Joe cheaped out on what he actually paid Allen. No wonder Allen didn’t have any fire in his belly to do a good job, much less complete the contracted work. If you are hiring someone for an important (legal and ethical) job, make sure they are capable of, and committed to, the task and pay them a fair price.

Joe’s extreme behavior deterred anyone from offering guidance or input that might have helped him see the reality of the dangerous path he was travelling. I suspect many of those around him felt that an intervention just wasn’t worth the time or the energy, and of course it would incite a public berating and possibly even physical harm. This is a modern-day manifestation of the taleof the emperor’s new clothes. We all need an inner circle of trusted advisors who aren’t afraid to pipe up, help us course correct and cheer us on as we navigate our own path to success.

I think that Carol played the best long game ever. Although her portrayal in the uber popular Netflix series may not have been terribly flattering, she garnered brilliant publicity for her Big Cat Rescue. The series also generated national visibility and an impassioned call to action for the Big Cat Public Safety Act (H.R. 1380- S.2561), which Carol is eager for Congress to enact. Joe was, and is, desperate to be famous. However, his dangerous actions and associations landed him in prison, where he is unable to enjoy his new-found international fame. Carol understood the importance of timing as she stealthily watched and waited to pounce at the moment she knew could cleanly take Joe down. 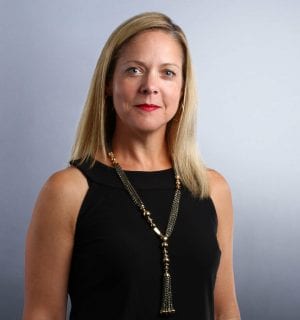