On September 27, 2022, our client, Eviation Aircraft, made history when it flew the world’s first all-electric commuter aircraft—Alice—into the sky above Moses Lake, Washington.

The nine-passenger commuter plane was built from the ground up, integrating battery technology with electric propulsion. Modern, sleek and sophisticated, Alice was created to inspire. Even the aircraft’s name comes from a story of imagination—Lewis Carroll’s “Alice’s Adventures in Wonderland.” When Alice lifted off, the world saw the new era of sustainable aviation come to life before their very eyes.

Most of us can agree that working on a ‘world’s first’ is every tech PR person’s dream (at least mine, anyway). Being on the forefront of shifts in culture and innovation is what drove many of us to the industry in the first place. While media naturally gravitates to covering this type of news, the real opportunity comes in shaping the narrative around the company, and equally as important, the impact of a novel technology on society.

Over the last several years, there has been a lot of speculation around the viability of all-electric aircraft—whether an eCTOL (electric conventional takeoff and landing) or eVTOL (electric vertical takeoff and landing) aircraft. Technological hurdles, cost, certification, regulations, infrastructure and more must be addressed in the coming years. This is where the job of developing a strategic narrative begins.

When working with a company on the cutting edge of innovation, start by asking what does my audience need to know that they might not, or what assumptions do they have that may not be accurate?

In the public domain, there is a general misconception that larger planes, such as 737s or jumbo jets, are the primary contributors to pollution. In the case of Eviation, it surprised a lot of people to learn that 53 percent of all flights worldwide are less than 500 nautical miles.

Herein lies the opportunity—making the case for electric aviation in the commuter market, Eviation’s sweet spot. Leveraging these “aha” learnings are important to help people understand where electric aviation, and ultimately Eviation, fit in to the larger aviation landscape.

To create a consistent groundswell of support for electric aviation, it’s important to showcase the impact of this new approach on society at large.

For example, only 500 out of 5,000 airports in the U.S. are currently served by commercial flights. When you consider that 60 percent of the population lives within 10 miles of an airport (that is actively in use or not), and 95 percent are within 25 miles, that points to a huge, missed opportunity. We focused our message on the fact that electric aviation can open up access to more airports, bringing aviation closer to where we live and work. It can also restore or provide essential air service to rural communities that are often underserved.

Climate change has also taken center stage, with its effects felt far and wide. It is a challenge affecting consumers, business and governments around the world, with no one left untouched. Unfortunately, aviation is the fastest-growing source of greenhouse gas emissions. By 2050, its share of climate impact is expected to be 25-50 percent if nothing is done. Educating the public on these stats creates a sense of urgency around the adoption of sustainable aviation.

Making data like this relevant to the lives of those that aviation is meant to benefit moves the story out of the aviation industry, and into a larger conversation about technologies with the power to transform society.

Be a Tide Riser

As the saying goes, a rising tide lifts all boats. However, there are many companies that prefer to keep the focus of their messaging on their own product or service for fear of stepping in muddy waters.

Eviation openly shares support for the broader sustainable aviation ecosystem as operators need to understand which options make the most sense depending on what they are trying to achieve. This means looking at sustainable aviation fuel and new approaches such as hydrogen-powered for longer distance flights. Through this approach, we’ve positioned Eviation as a go-to resource for media writing on larger aviation and sustainability trends. Thought leadership is critical.

The electric aviation industry needs to work closely with the FAA and other government organizations worldwide to certify aircraft for flight. While the path to certification is still being defined, regulatory tailwinds support sustainable aviation.

As part of our communications program, we work with Eviation to educate Senators and Representatives at a federal and state level on what the advanced air mobility market needs from the FAA and government entities to fully usher in the new era of sustainable aviation.

From testifying before Committee meetings to hosting government leaders on-site, there are numerous ways to engage those on the front line of policy decisions. The tremendous societal, economic and environmental benefits of sustainable aviation can only be achieved by private industry and public entities working together.

While hopping into a flying aircraft like the Jetsons once seemed far off, that future is now within reach. Electric aviation is on the cusp of not only electrifying the skies, but forever transforming the way we live, work and play. Creating communications programs for transformative tech companies requires a bold, collaborative and sometimes unconventional approach, like the electric aviation industry itself. Are you ready? 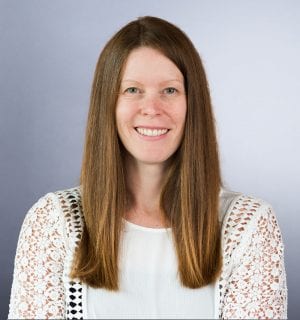