I am sad to share the news that my father, David Finn, passed away yesterday afternoon. He was 100 years old and had not been well for quite some time.

David was one of the pioneers in the PR industry. I was amazed to read stories about his 100th birthday earlier this year in PR and Advertising trade publications from all around the world. He was a pioneer in finding ways for business to become involved with the arts. David was also a leader in emphasizing the importance of ethics in business.

I have said on numerous occasions that David was not only my father, but he was my best friend, a great boss, an inspiring mentor, and a terrific business partner. David was the source for so much of what I learned about the PR agency business and about the core values that are the heart and soul of Finn Partners.

Of course, David had a special relationship with others within our Finn Partners community. For my sister Dena, David was not only a father, but also a best friend and an inspiration. They loved to talk about writing, the arts and poetry, and they worked on many projects together that involved using our public relations skills to help make the world a better place. For my son Noah, David was a caring grandfather. They didn’t work together closely, but they were good friends, and Noah joined David on his trips around the world during Noah’s teenage years. Noah was inspired by the many museums they visited together on these trips, and he helped as David photographed sculptures.  During these trips and their museum visits, David shared with Noah his many thoughts about art.

While most of you never knew David, most of the Founding Managing Partners involved in the launch of Finn Partners knew him well.

Philippa Polskin started working with David soon after joining the company and worked with him on countless clients over more than 30 years. For her, he was not just a great boss but a teacher, a mentor and an extraordinary friend.

Many people who know of David’s reputation as a founder of the PR industry don’t know that he was as well known in the art world as he was in the PR world. Over the course of many decades, David traveled around the world and took photographs of great sculpture in museums and in private collections. He is respected as one of the foremost photographers of great sculpture and over 100 art books have been published based on his photographs.

In David’s private life he spent many hours every evening painting. He started painting as a teenager and continued to paint every day for most of his life.

David’s painting inspired by Four Quartets were published in a book called Evocations of Four Quartets. In the introduction to the book he wrote:

“As I read and re-read the poem … virtually every word carried resounding overtones that reverberated throughout my being. It is a poem of strange and provocative paradoxes which hint at truths beyond our comprehension. Implicit in these enigmatic phrases are virtually indescribable, inexpressible essences of reality. They seemed to me to be magic incantations, and … they drew me with increasing intensity into the haunting rhythm of the poem and its mystical, overwhelmingly compelling statements about human experience.”

For years David carried a paperback copy of Four Quartets in his back pocket and whenever he had a few free minutes he read through parts of the poem. Over time he memorized every word of Four Quartets, which given its length was not an easy task.

I will read Four Quartets regularly for the rest of my life and whenever I do so I will commune with my father through our shared love of that poem.

My father was, and will always be, an inspiration to me and for this special company we are building together. Thank you for allowing me to share this with you, and for taking this time to get to know something about him. 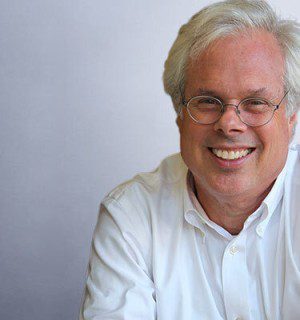