The murder of George Floyd and the Black Lives Matter (BLM) movement has captured the world’s attention. How companies responded to issues involving their employees, marketing activities, and overall operations hasn’t been lost by news media. The largest most successful companies experienced a range of moments from defining clarity of their values and misaligned communications and activities.

To get a view on how leading brands have been covered in the news we’ve put together a live monitoring dashboard using the Talkwalker news and social listening platform that captures news headlines related to BLM with mentions of at least one of the listed Fortune’s Most Admired Companies 2020 (FMAC). We chose Fortune’s list as a good sample of the most well-known brands in the world and most likely to value reputation management. We limited captures to headlines rather than just article text to reduce noise and focus on substantive news about these companies’ involvement. You can view the dashboard here.

Headlines including any of the 100 Fortune Most Admired Companies — featured in the bars in the chart above — represent a small percentage of the BLM headlines but engagement levels (i.e., articles shared, liked, commented on) for company mentions are exponentially higher. There were 9,500 headlines mentioning these companies over the past 30 days that garnered more than 7.3 million engagements. Engagement numbers these companies rarely see from other headlines.

Since nearly all of the 100 companies are enterprise size that usually means they have lots of human employees. While these companies may already have diversity & inclusion policies in place or made changes to their policies following George Floyd’s murder, lots of human employees can sometimes produce inconsistent company behavior. Based on the headlines numerous companies garnered for new policies or executive statements of outrage over George Floyd and/or support of BLM, we can see it only takes one inappropriate or abhorrent incident to have that positive coverage overshadowed by more sensational negative headlines. Take for example Amazon’s effort to celebrate Juneteenth to then only outrage their workers by serving chicken and waffles at the event. Starbucks wound up reversing what company spokespeople said was an effort to maintain the safety of workers – banning the wearing of BLM messages on clothing — after nearly 950 critical headlines appeared. Engagement was more than twice as high for the initial ban than the reversal of that ban.

As a result the Starbucks logo appeared in headline articles exponentially more times (231 headlines) than the next brand logo Nike that appeared in 40 positive headlines. The Hill headline article showed high virality spreading to forums, newspapers, broadcast and Twitter over a six day period (shown below).

The volume of news headlines for this issue that also mention any of the Fortune Most Admired Companies 2020 are declining — as headlines for the George Floyd and BLM topic overall have been recently. We’ll keep this dashboard up to monitor incidents and ongoing initiatives undertaken by these companies, but what’s been captured so far is a ringing endorsement for corporate communicators to examine every aspect of their business and activities through the lens of diversity, inclusion and social justice. We’ll keep an eye on this and you can too.

The dashboard is organized as follows: 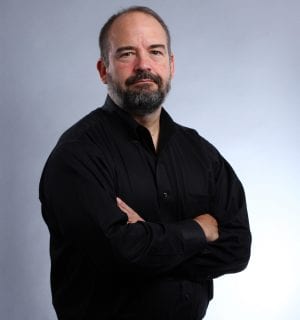