Only three months ago, millions of people were coming to terms with their new realities and accepting that life as we knew it wouldn’t be returning to normal any time soon. As we are now nearing the end of BIPOC Mental Health Month, an awareness month that distinguishes the experiences of Black people, Indigenous people, People of Color and LGBTQ+, we’re witnessing and participating in a new sort of change. We’re drawing attention to the social powers that have long worked to exclude or marginalize those who are “different.”

As Mental Health America (MHA) shared in its BIPOC Mental Health Month toolkit, racism and bigotry have had terrible consequences for so many people. Not only are non-white and Hispanic Americans under the age of 65 dying in greater numbers than white people in that age group due to the coronavirus[i], but many BIPOC and LGBTQ+ are also at an increased mental health risk due to stigma and a lack of education about these risks.

We must never stop addressing racism head on if we’re to finally elevate voices in these communities and improve understanding of the mental health challenges they face. We know we’re capable of trusting government officials and global health experts since we rallied to protect ourselves and each other from the coronavirus. In that same spirit, now is the time to also fight for greater mental health awareness for the BIPOC and LGBTQ+ communities.

Bebe Moore Campbell was an American novelist, essayist, teacher and mental health advocate. She examined race relations and mental illness in her work and advocated for mental health education, access and support for the Black community and other underrepresented communities. Despite advances in health equity in the U.S., disparities in mental health care are prevalent, especially among underrepresented groups. To honor Bebe Moore Campbell’s life’s work and continue her mission, mental health advocates are calling upon each and every one of us to address disparities, educate each other, and bring help to all who need it.

According to the 2015 U.S. Census, by 2044 more than half of all Americans are projected to identify with a race or ethnic group other than non-Hispanic white.[ii] However, new estimates reveal a more diverse nation than was previously expected.[iii] We must recognize current and emerging disparities in mental health as the population becomes more diverse, or risk the safety of BIPOC individuals. According to the American Psychiatric Association, BIPOC may experience more long-term effects on mental health and challenges receiving mental health care.

Mental illness does not discriminate and can affect any individual regardless of race/ethnicity, gender or identity. Let’s take a closer look at the prevalence of mental illness in BIPOC and LGBTQ+ in the U.S.[iv],[v]:

Research has also shown that both the experience of and the observation of racial discrimination is stressful for children and adults who identify as BIPOC. The longer that racial bias and ethnic discrimination, racism, and hate crimes continue to occur without confrontation or repercussions, the longer we fail to see its long-term impact on the real people behind the statistics above. When prolonged, these encounters can even lead to mental and emotional injury known as race-based traumatic stress (RBTS), with symptoms similar to post-traumatic stress disorder (PTSD).

When we look back at 2020, will we appreciate that we finally began to celebrate individuality and the change we desperately need? Will we be awakened to the need to support the BIPOC community in a true allyship because of how it can positively impact mental health? We must do everything in our power because their lives and mental health are at stake.

What can we do? Continue the conversation. Question ourselves – our actions and words – every day. And continue the fight for systemic change. MHA encourages people to share how racism has affected their mental health with the hashtag #ImpactOfTrauma and show others how they are resilient.  Whether it’s a text post, a piece of art, or a video, tell your story and tag MHA on Facebook (@mentalhealthamerica), Twitter (@MentalHealthAm), or Instagram (@mentalhealthamerica) so that they can share your story.

Awareness is just the first step. As BIPOC Mental Health Month comes to a close, let’s continue to take action together. Here are some helpful mental health resources to bring awareness to the unique struggles that BIPOC face and stigma around mental health conditions:

In March, we corralled together – though six feet apart – to stay safe and stop the spread of the coronavirus. As we continue to push on, we must also corral behind those who have been disproportionately affected when it comes to mental health. Those who identify as BIPOC deserve a stronger voice – all of our voices – to #breakthestigma and feel supported in their efforts to seek mental health care when they need it.

[ii] Colby SL and Ortman JM. Projections of the Size and Composition of the US Population: 2014 to 2060. Current Population Reports. 2015. 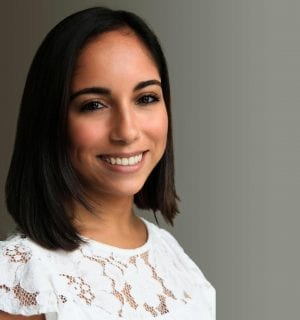 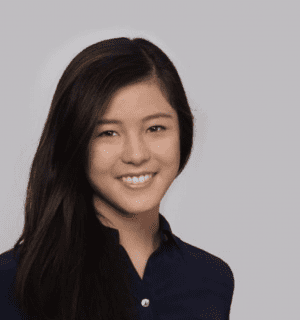