It has been 51 years since the Stonewall Riots, an event that arguably jumpstarted the modern LGBTQ+ movement. June is the dedicated month of celebration for queer folks, but just as the movement has been whitewashed, so has Pride.

With the country in civil unrest, the Stonewall Riots are more relevant now than ever. Not only as an important part of queer history but Black history also. Though revisionist history will try and say otherwise, Black queer and trans leaders were on the frontline of the riots many years ago. For example, Marsha P. Johnson, a Black trans woman, was the one to throw the first brick.

Every Pride I am met with criticism from two communities: The Black community and the white queer community. Even more so now, I constantly see online “you’re Black before you’re gay” or “gay people are trying to hijack the movement” from people who fail to comprehend the idea of intersectionality. Myself being Black and queer does not call for me to prioritize one over the other. Along with George Floyd and Breonna Taylor, many Black trans lives, such as Nina Pop, Tony McDade, Dominique Fells, and Riah Milton, were taken and their lives deserve the same energy and respect on our journey to justice. Hearing the Black community say the LGBTQ+ community is trying to hijack the movement further underlines the need to remove homophobia within Black spaces.

Although white queer people share in our queer oppression, they are still beneficiaries of white supremacy. When we look at topics such as HIV infection rates, homelessness, and incarceration, the intersection of race plays a vital role. In a 2018 report, African Americans are 43% of all people living with HIV in the United States, though African Americans comprise 12% of the nation’s total population. Similarly, LGBTQ+ youth of color— particularly Black youth — are at an increased risk of criminalization. It is important to highlight the struggles Black queer people face every day, even more so during Pride. Black queer people are still fighting for survival on the account of both our race and our sexual orientation and white queer folks must be cognizant of their part in a system that continues to oppress their Black and brown brothers and sisters.

Amidst the struggles, I still find the time to enjoy Pride and use it as a time to connect with my friends and even strangers. Most importantly it is my duty to amplify the voices of those who are marginalized and underrepresented. During times like these, it is imperative everyone has a seat at the table and to speak up for those who do not. As we celebrate Pride Month, and every month that follows, let us remember that the Stonewall Riots were just the spark. We are still fighting for queer and trans rights today and as we experience this shift in the culture that fight is more important than ever. 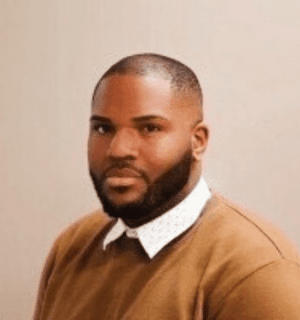