Don Draper, the popular ad man from the TV show “Mad Men”, once gave this advice to his protégé, Peggy Olsen:

“Peggy, just think about it deeply. Then forget it. And an idea will jump up in your face.”

If you’re familiar with the show, you know there are many times when genius, client-dazzling, creative concepts seem to “jump up” in the face of various characters, seemingly without a lot of methodology behind them. And while these revelatory moments aren’t completely impossible, the fact remains that we, in the real world, are asked to generate ideas too often and too fast. We can’t wait on a random bolt of lightning to save the day.

So how do we accomplish this? How do we, as creative professionals, harness ideas that break through and create an emotional bond with our audience when the clock is always ticking?

An idea in and of itself is a bit ethereal. If you work at a rock quarry you might be asked to move a pile of rocks from point A to point B—a task that’s fairly cut and dried. You’ll know the job’s done when all of the rocks have arrived at point B. Idea generation is a less tangible undertaking and the path to get there can be equally difficult to define. Nevertheless, there are some important things to consider when coming up with ideas for our clients.

It’s safe to say we can add “ideation” to the list of things that aren’t nearly as easy as portrayed on television. The strategies listed above aren’t guaranteed to be so creatively potent that they bring grown men to tears in a pitch meeting (another Mad Men conceit we’ll never live up to). They can, however, illuminate a path that guides our left brains to better, more breakthrough work.

Sean Williams is the creative director for Finn Partners Southeast. 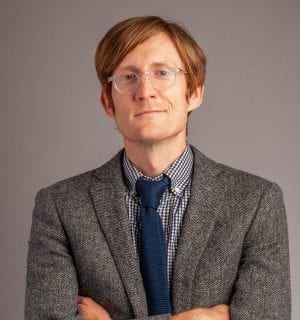