As someone who struggled with learning disabilities throughout school, everything took me a little bit longer to do. But I found that as long as I enjoyed what I was doing, was a part of a team environment and learned something new every day, the extra time didn’t matter.  So, I chose a career path that is constantly evolving, challenging, rewarding, keeps me surrounded by amazing people and, most importantly, is fun.

I went to the University of Vermont and, in my senior year, I worked for a small marketing agency in Burlington where I worked on accounts like Stowe and The Woodstock Inn.  I spent time working in the agency’s various departments so I could learn all aspects of marketing.  PR ended up being the area I felt the most comfortable with.  Was it standing in front of the fax machine (for those born after 1980) that made me say, “yes, I want to do this?!”  No, it was the creativity, the storytelling, the client communications and the team that I worked with that I enjoyed most.

I started my career in wine and spirits PR, working in-house for a subsidiary of Diageo and LVMH. It was the perfect way to work my way through the post-college years in New York City – an expense account to go out to all of the hottest clubs and restaurants in NYC?! Sign me up please (needless to say, I had a lot of friends at that time, too!).  But, the highlight was working and participating in The Tanqueray AIDS Rides, which ultimately led to my own participation. In 2001, I rode a bike from New York to Boston and ended up being the brand spokesperson for The Ride – after all, as the PR person, I had all of the key messages down. It was the first time I saw the real art of crafting messaging for storytelling. I also learned the importance of positioning experts and how their involvement helped spread the word that that the work we were doing was making a meaningful difference. I also quickly realized, after being dressed in a full bike kit on national TV, that I never wanted to be on that side of the camera again.

Then I met Missy – who we fondly refer to as “The MF” of MFA – and she convinced me to join their young small team of five people. After 17 years, I have never looked back!  My sister, a corporate lawyer, always jokes, “I can’t believe you get paid for doing that,” and as I reflect on some of the incredible things I have been a part of, I realize how lucky I am to love what I do.

Some of the highlights include being a part of a team that brought snowboarding to the masses in our work with Burton Snowboards, putting Shaun White on the map, launching FIJI Water, and celebrating Disneyland’s 50th Anniversary (with the cast member nametag to prove it!).  I had the opportunity to go to Beijing, Torino and Vancouver for the Olympics and worked on several others from New York. I’ve attended 12 X Games, ran communications for the Dew Tour, helped turn lululemon around after a certain pants situation, had Rihanna at a Stance event in New York (fun fact: one item on her rider request is Flamin’ Hot Cheetos), spent last summer on a whirlwind tour with the International Champions Cup – which brought 18 of the best soccer clubs in the world to play 27 matches across the United States, Europe and Singapore – and so much more.

After a couple of years at MFA, I realized that I found more joy in seeing others succeed than watching my own success.  We used to have a regular all-team clip contest at Mfa that would get really competitive. It would take place during our weekly team meeting and was an opportunity for each person to merchandise a great client win. The judging was based on the quality of the presentation, the article and the degree of difficulty securing the win.  I would get so excited watching my team members win, that I found myself helping them prep for the contest. It was a tipping point in realizing how much I love watching people learn and evolve their careers.

As I say to my daughter on a weekly basis – “Teamwork makes the dream work.”  Surrounding myself with all-star talent and watching them succeed is the best part about my job.  As a bonus, we also have a lot of fun in and outside of the office.  I truly believe that allows us to be creative and collaborative, and it makes clients and media want to spend time with us. 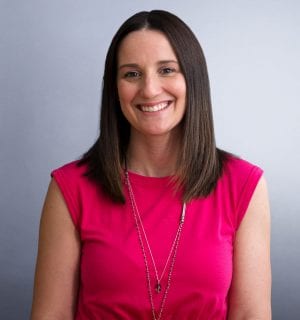