Why Diversity is Fundamental to Better Creative Ideas, Work and Results

This article originally appeared on AdAge.com on October 13, 2021.

Several years ago, I was working in Ecuador and on one of the very first road trips I took to Quito, I stopped to ask a local man for directions. He gestured with his hand, replying “largo.” To me, this was profoundly rude. I interpreted what he was saying and his actions as dismissive, basically telling me to buzz off or scram.

But I had misunderstood; in Ecuador, his words translated to “go straight ahead.”

This was one of a thousand encounters I had working and traveling when I made assumptions based on my preconceived notions of language and culture.

These are the sometimes painful lessons we learn on the pathway to realizing that the concept of obvious doesn’t exist. Rejecting the notion of obvious better prepares you to understand the world and people around you.

This realization has been fundamental to my career in communications and advocacy, and the underlying truth exposes the need for greater diversity in the voices that contribute to the social discourse within the United States and beyond.

For most of my career as an advocate for the Hispanic community, I have been fighting against discrimination. One of the biggest obstacles we—and many other communities—now face is underrepresentation and misrepresentation.

A unique challenge in the Hispanic or Latino community is one of identity. Our community is a collage. We’re bound by a common language in large part, but our countries of origin have their own unique cultures and histories.

Yet, throughout American history, there have been several crystallizing moments when we’ve realized our power as a group by unifying. By doing so, we add value to our local communities, to the political process, to the economy and to our lives. I think we’re at that moment now.

When I moved to the United States in 2015, the political rhetoric was vitriolic to say the least. Donald Trump, the Republican presidential nominee, was beating the drum of xenophobia, relying on the worst characterizations of immigrants from Mexico to animate his base of supporters and inspire loyalty.

I was one of the Mexican immigrants being branded as gang bangers, rapists, drug dealers and murderers. That’s when I recognized there needed to be a voice to counteract the contempt and that mine would be among them.

It’s important to recognize that the vast majority of immigrants came to this country with the notion that there are abundant opportunities—and they want to see this country succeed, to add to the richness that already exists in the U.S.

Creativity as a force for change

In my capacity as a creative working in communications, I am fortunate to have had opportunities to partner with organizations that align with my values and seek to help communities combat injustice. One such group is the Southern Policy Law Center (SPLC), an organization dedicated to fighting hatred in all its forms and advancing the human rights of all people.

Like many others, I saw the heartbreaking images of families being separated and the abuses going on at the U.S.-Mexico border during the Trump presidency. I learned how Immigration and Customs Enforcement officers were operating under an arrest quota system. At the same time, many of the immigrants living along the border had little or no knowledge of their rights under U.S. law—nor did they know lawyers or where to look for information.

Working with the SPLC, my team and I sought a strategy that would help empower those being persecuted. We were a collection of lawyers, creatives, communicators, musicians and advocates who stepped outside of ourselves to find a solution. We needed to find the right language and medium that would connect and resonate with the people we were seeking to help.

As we did our research, we identified a style of music called “corridos” that had the potential to be a vehicle to communicate with our audience. Corridos are popular among those living both north and south of the border, and they follow a linear, lyrical narrative framework telling stories about difficult issues that people are facing and the heroes that overcome those challenges. In short, it was the perfect format to convey practical information in a compelling way that would help educate immigrants on the basic elements of U.S. law and how to engage with authorities.

The resulting campaign, Immigrant Songs, was a serendipitous project that demonstrated the value of looking past obvious solutions by seeking inspiration and perspectives from a multitude of places and people.

When I was in Ecuador, I had the chance to see Apple Co-Founder Steve Wozniak speak. He explained that when he gave his team the task of creating the perfect personal computer, he encouraged each member to make mistakes. Veering away from the path of least resistance—what others have already done or the most obvious solutions—gives you a wider perspective. You’re then equipped with more knowledge to go back and develop concepts that are as close to perfect as possible.

I recognize that the marketplace demands speed and efficiency. You’ll never find a more productive team than one made up of people who all come from the same background, who all think alike. They embrace obvious answers and solutions. There’s no conflict.

However, what campaigns like Immigrant Songs or Vets Fight Hate demonstrate is the strength of diversity in developing creative output and messaging that rings authentically true for your audience. A diverse team will invariably butt heads and disagree, but that’s the path to producing work that truly moves the needle.

What I’ve tried to do is to create and facilitate environments where risk-taking and making mistakes is rewarded—not punished. Diversity is fundamental to the process. Part of my role is to work as a bridge of understanding and overcome conflicts, so we can create better ideas, produce better work and have better results. 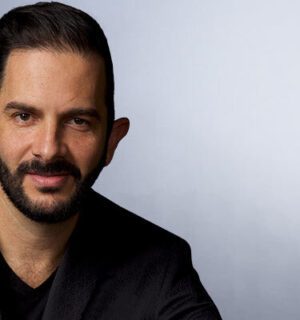