I’ve been a fan of sci-fi, horror, fantasy and speculative fiction for as long as I can remember. And too often, today’s world feels eerily similar to the post-apocalyptic and dystopian stories I’ve been reading for well over 20 years.

As we continue to navigate the world post-COVID, I can’t help but think about those novels that predict the end of the world as we know it, like The Stand by Stephen King or The Girl with All the Gifts by Mike Carey. But it’s Margaret Atwood’s 2003 novel Oryx and Crake that I keep coming back to most, mainly because the pre-apocalyptic world the characters inhabit partially echo our current situation— and its conclusion doesn’t feel too outside the realm of possibility.

Thanks to Hulu’s adaptation of The Handmaid’s Tale, there has been a renewed focus on Atwood’s novels. Atwood mainly operates in speculative fiction, which she defines as “literature that deals with possibilities in a society which have not yet been enacted but are latent.” Oryx and Crake certainly fits the bill.

The novel is set in a post-apocalyptic future and told through the eyes of Jimmy, now known as Snowman, who watches over a group of genetically engineered humanoid creatures called the Children of Crake. The creatures were created and named by his best friend, Crake. At the outset of the novel, Jimmy is near starvation, so he sets out on a supply run. Along the way, he recounts his past, his friendship with Crake and how this current world came to be.

Pre-apocalypse society in Oryx and Crake is defined by rampant consumerism; unchecked capitalism fueled by overpowered corporations (corporatocracy); the commodification of everyday life; the devaluing of humanities and communications outside propaganda value; and, the embrace of extreme entertainment culture (from reality TV to near snuff-like video and computer entertainment). Jimmy is your everyman and Crake is a science genius eventually charged with several projects aimed at eliminating human suffering. And he does – by eliminating the human race using a heavily marketed and prescribed “magic pill” that is actually the Trojan Horse for a worldwide viral plague.

It’s a bleak and yet familiar story— arguably more familiar than the world of The Handmaid’s Tale. While yes, it’s easy to point to certain laws and political rhetoric as examples of how we could end up in a world like Gilead, it feels like we’re already living in the world of Oryx and Crake. At its core, the novel raises questions of the cost of scientific and technological progress; of ethics and philosophy; of our overreliance on consumer culture; of our relationship with the environment and animals; and, of ceding power to corporations who don’t have the best interest of society at heart.

I first read Oryx and Crake in graduate school, as an assignment in my Sociology of Communications class. It’s not even my favorite Atwood novel (that’s a toss-up between The Blind Assassin and The Robber Bride). But it is a novel that I keep coming back to, especially since I find that my career in public relations isn’t that far off from Jimmy’s marketing job, albeit I’m using my communication powers for good versus corporate propaganda. Every day I work to communicate the latest in scientific and tech discoveries, highlighting faculty expertise in such areas as biomedical engineering, artificial intelligence and privacy— areas that are wholly embraced in Oryx and Crake. But whereas that world eschews the ethical and philosophical questions progress requires, I’m fortunate to work with faculty who are looking at these issues from all sides, bringing new perspectives to the conversation and continuing to provide cool thinking and dynamic innovation to transform human lives.

As a big advocate for science, I’m often at odds with my preferred literary genres, which usually features science as the doom of the world as a result of too many Icaruses flying too close to the sun. But the lesson we can learn from Oryx and Crake is that it’s about balance in the world. True progress requires a diverse set of voices and ideas— from science through the humanities— in order to truly succeed in advancing human life. When progress serves only to boost a bottom line, at the expense of doing what’s right, it’s then that we are doomed.

The ending of the novel is open to interpretation: Jimmy makes a decision that we don’t find out about until the later, potentially unnecessary, sequels published in the mid-aughts. I prefer the open ending, which I interpret as Atwood’s call to action and call to hope: that we in our time still have the chance to change before it’s too late; that as society can move forward and learn from our mistakes. And that’s certainly a hope and idea to hold onto in a post-COVID world.

“After everything that’s happened, how can the world still be so beautiful? Because it is.” 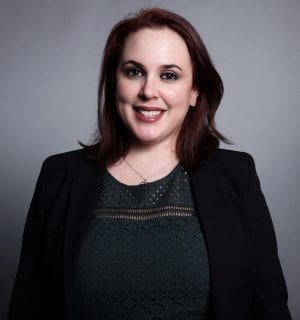