Unexpected Ways Brands Are Getting Out the Vote

With Election Day one week away, it seems like every time I pick up my phone, there’s someone reminding me to vote November 3. And it’s not just the most politically-outspoken friends and family on my social media feed — it’s just about every retailer I’ve ever placed an order at or any app I sign into.

Is it just me or does it seem like more brands are participating in this election season than ever before?

With rare exceptions, brands are not taking sides. Their election-related campaigns underscore a key message: Politics can be polarizing but strengthening participation in our democratic process doesn’t have to be.

The call to action speaks to businesses and brands showing more courage to wade into national conversations on issues that some might consider controversial, such as supporting social distancing and mask-wearing to standing with Black Lives Matter.

Voter advocacy is an admirable — and less controversial — mission because voter turnout has decreased since 2008. Less than 56 percent of the U.S. voting-age population cast ballots in the 2016 presidential election, according to the Pew Research Center. Plus, the coronavirus pandemic has made voting more challenging this year, heightening concerns about turnout.

More than 1,500 companies have joined a movement called “Time to Vote”, which aims to give employees more flexibility to vote on Election Day. Participation can mean paid time off to vote or a day with no scheduled meetings. Here are some other noteworthy efforts to get out the message to vote — from living rooms, hotel rooms and emergency rooms across the country:

Retailers rise to the occasion

Shoe retailer Foot Locker partnered with Rock the Vote to provide voter registration information on its website and create voter registration sites at 2,000 stores as a way to deepen its connection with Gen Z consumers. On Instagram alone, Foot Locker and its affiliated brands have a cumulative following of 4.3 million consumers ages 18-24, the company said.

And it isn’t just brands catering to the younger set. Nordstrom, with an average shopper age of 43, partnered with nonprofits When We All Vote and the National Urban League to educate and inspire employees and customers. As part of its “Make Your Voice Heard” campaign, the retailer will provide employees with discounted rides to the polls via Lyft.

You can’t open Facebook or Instagram without a reminder to check your voter registration or a notification about the importance of voting. Google Search helps guide users on how to sign up to vote based on where they live.

Uber’s efforts extend beyond raising awareness. It is offering discounted rides to the polls and deploying food trucks to 25 cities to make voting feel more like a celebration of civic engagement. If there are long lines at the polls, food will be essential.

One of the most powerful get-out-the vote drives is happening in hospitals.VotER is a nationwide initiative to get patients registered to vote. Doctors and other medical providers wear lanyards around their necks with badges that say “Ready to Vote?” and the badges contain a QR code. Patients can use their phones to scan the QR code, which will then take them to a website that guides them through the voter registration process. More than 130 hospitals are participating in the campaign, according to the nonprofit organization.

A group of recent college graduates wanted to increase voter turnout among college students. Their idea: Show students how every vote matters by creating a computer algorithm that determines whether their vote would have more impact at their home address or their college address. Voteology aims to increase awareness about state and local elections that affect “how our police officers are trained and which municipal projects get funded.”

Up to Us, a national campus-based initiative, has an annual competition among colleges to create the best campaigns to educate their peers on the country’s fiscal challenges, such as the rising national debt.

Extended Stay America launched “STAY Counted” to encourage voter registration and participation in the election. Guests can virtually register to vote at nearly 600 hotel properties in 41 states. United Airlines announced that it is the official airline of the Commission on Presidential Debates and flew the debate production staff to each of the events. The airline also posted links to nonpartisan sites like Vote.org to help customers and employees make a plan to vote.

As the president of United Airlines said, “Our democracy will be stronger if you make your voice heard and make a plan to vote.” 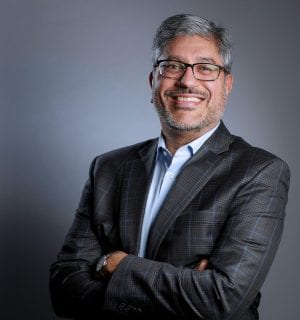