The Rising Value of B2B Influencers Amid Media Furloughs, Shrinkage and Closures

THE RISING VALUE OF B2B INFLUENCERS AMID MEDIA FURLOUGHS, SHRINKAGE AND CLOSURES

The coronavirus pandemic stunned many industries, and the world of publishing is no different. With most organisations revising their spending priorities, advertising budgets have been scaled back – and the impact can be seen in the drumbeat of closures, furloughs and redundancies among some of the most established media brands.

Most major UK publishers – from the Financial Times to The Guardian to The Times –  significantly reduced staff levels or adjusted pay. This is a situation seen worldwide, as the industry squares up to an emergency that may well send some outlets out of business. As well as putting journalism’s future in jeopardy, it also puts additional pressure on PR and marketing teams as they strive to conduct business as usual.

The combination of shrinking newsrooms and reporters suddenly switching beats poses a novel challenge for B2B communication. As such, PR and marketing teams now have an opportunity – or rather, requirement – to seek new vehicles to effectively convey B2B brand messages, and the potential value of influencers has never been greater.

While the ill-fated Fyre Festival could have easily dragged influencer marketing down with it, such campaigns are now widely used to complement traditional media relations. Historically appealing for consumer brands, when done right, B2B organisations can also convey their brand messages via influencers – as they will most likely publish blogs, be quoted in the media and be recognised members of respected industry bodies. This is particularly timely, given today’s reduced opportunity to gain traction through traditional means (read: media relations).

For many, a simple question might be – where do I begin? For B2B firms to strategically engage with existing influencers, or to indeed begin developing their own voice, an exercise in discovery must first take place. And often, this is no mean feat. When considering B2B technology, influencers require the same fundamentals as those operating in the B2C arena – trust, credibility, relevance and visibility.

Through digital tools, it is sometimes possible to uncover the people and companies that are driving both activity and engagement on a specific topic – be it artificial intelligence, cybersecurity, big data, etc. Such research can quickly identify exactly who you need to have on your radar, along with a wealth of audience and engagement information. The ability to sort and analyse social media conversations in detail – as well as some manual intervention – enables the discovery of a much deeper set of influencers. Whatever their day-to-day job – industry analysts, niche bloggers, company or technology evangelists, researchers, etc. – B2B influencers should be selected for their credibility and expertise.

Don’t forget to look within

You don’t always have to rely on external sources for would-be influencers. As we continue to think outside the box, a look inwards could indeed uncover untapped potential within your own organisation. In this way, the opportunity to really own a topic can be grasped, enabling your influencers to define the issue and establish a relationship in which your audience views your organisation as providing an expert voice in the market.

Subject matter experts within your own organisation can make ideal candidates. They will have built up industry knowledge through a long-standing career in their field and may even have experienced life ‘on the other side’ as a buyer, as well as a vendor. They are also likely to have seen the industry from a range of perspectives having spent time in other, possibly, competitive organisations.

Remember though, influencers should be able to connect to their audience – who in turn, should consider them to be helpful. Communication skills and a sense of timeliness are also essential attributes – particularly as the mainstream news is still very much filtered through the lens of a global pandemic.

Against this current backdrop, where B2B marketing professionals must dig deeper into the creative toolkit and key messages are framed differently, influence-led initiatives have a place. Programme objectives around increasing awareness and generating engagement may mirror those of their consumer counterparts but programme execution is likely to differ. As we weather this current storm, we will likely see the emergence of B2B thought leaders with influence and a stronger emphasis on a smaller number of higher quality interactions, together with the nurturing of long-lasting audience relationships. 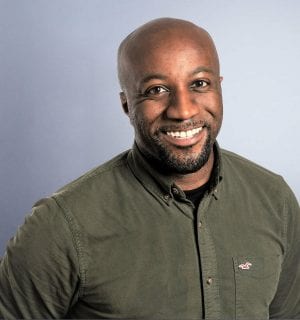