The Hispanic PR Network that Opened My Door

I remember it like it was yesterday; I was sitting at home during my third and almost final winter vacation as a St. John’s University student and thinking about what my future had in store and what I was going to do next.

I had recently been introduced to an organization called HPRA, the Hispanic Public Relations Association by a mentor. This unique organization was created by Hispanic and Latino professionals sharing a passion for communications, public relations and our culture. Instantly, I knew I wanted to be a part of this group.

They were hosting an event in New York City that I was interested in attending, but I lived four hours away outside of Boston.  Several notable Hispanic PR professionals would be in attendance and I was nervous since I would be one of a few, if not the only, college student in the room.

Nevertheless, I jumped on a bus and made my way to New York to attend the event. I remember telling myself: no wine, don’t go heavy on the snacks, keep smiling and don’t sweat!

I walked in and was greeted by my mentor, Veronica Salcedo. She ran over to me and said, “You mentioned you had a passion for travel. There is a manager of corporate communications from JetBlue Airways here and I want you to meet him.”

The manger and I briefly spoke and exchanged information; little did I know that this exchange would change my life forever!

We continued conversations via email, and before I knew it, he let me know that they were looking to hire a full-time corporate communications intern at JetBlue and wanted to see if I was interested in applying.

As we entered the new year, I officially got hired for my first full-time internship for a major U.S. airline while still in school. The internship that was meant to only last a few months evolved into so much more than I could have ever hoped. Within a year, I was officially an airline spokesperson quoted among top travel publications around the world, working on inaugural launches in LATAM and the Caribbean.

It hasn’t even been 10 years since that holiday event that changed my life forever. It showed me the power of a cultural connection, one that people tend to overlook. The demographics of Hispanic and Latino Americans depict a population that is the second-largest ethnic group in the United States, over 52 million people. When we work together, we can make anything happen.

Today, I serve as Vice President of the HPRA-NY Chapter, where I am proud to continue the legacy of those who came before me and continue to expand the Hispanic presence in various communication fields and give our people, especially students the opportunity to succeed in this industry. We are only as good as our future. 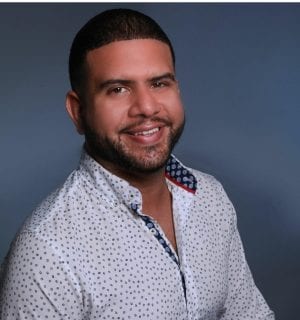