Smile, You’re on Camera – Video Makes Huge Leap In Use and Opportunity

Since the coronavirus pandemic put so many of us on ‘lockdown’, we all have been adapting to a lot of changes in how we live, work and play. Some of those changes will be temporary, some will be permanent. I don’t think many of us will plan on being our own hairdresser for a moment longer than we need to, nor do I expect us to become year-round bakers.

One area that is set for permanent change, however, is video.

As difficult as it is to remember what life was like before, I can assure you that I and a lot of my colleagues wouldn’t have dreamt of routinely appearing on video for client and internal meetings. What really strikes me, though, is just how quickly this has become the norm.

Now, I don’t expect anyone to ever turn their camera on if they don’t feel comfortable, but it does feel like voice-only meetings are already something we used to do in the past. There are tonnes of stats to back this up, as well as the rise in consumption of video entertainment, all of which means we’re heading for a ‘new normal,’ where video plays a greater role in our lives.

From a wider tech perspective, this is part of the ubiquitous ‘digital transformation’ trend which, according to Microsoft’s Satya Nadella, advanced two years in two months. As a result, we can expect technology companies to tell more stories around implementing, integrating, securing and innovating the use of video in different settings and solutions, while at the same time video will play an increasing role in just about any company’s products and offerings.

At a tactical level, I also expect to see a much greater opportunity for spokespeople to appear on broadcast via live stream – so now is the time to get prepared. I don’t doubt there will still be a requirement to get to the studio on occasion. It will also be much less common. Given that daily political briefings and chat shows are being conducted via Zoom or Skype, and TV producers tell us to expect more lo-fi programming in the near future, a spokesperson appearing on a broadcast news show via linkup instead of in-person is going to become routine.

It seems like the revolution will, in fact, be televised – I just hope, for my sake, I can get a haircut before it starts. 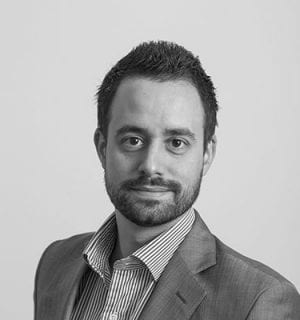