Reflections on My Hispanic Heritage

Growing up in El Paso, I was completely surrounded by the sights and sounds of the border and my Mexican American heritage. Because I don’t look like my cousins, who have dark hair and dark skin, my nickname was “Guera,” which means blonde or light skinned. Despite this nickname, I never doubted that I belonged.

When I moved to Washington, D.C. eight years ago, I was taken aback by how many people thought I was lying when I told them that my family is Mexican. “You can’t be Mexican; you look so white!” Over the years, I’ve heard it all—snide remarks about being adopted, jokes about being albino and fascination at how easily I sunburn. While I don’t believe any of this has ever been said with ill-intent, it still stings because I’m proud of my family and my heritage.

I grew up on stories about my Grandma Lupe—her wise sayings, her recipes and hearing about her many experiences coming to the United States. She was deported more than twelve times, but she always found her way back because there was no other option. The struggles she faced as an illegal immigrant are unimaginable. Her strength astounds me. Once she arrived in the U.S., people treated her poorly because of her accent and the way she looked, but she never let it bother her. She worked many different jobs—a migrant field worker picking strawberries and vegetables in California, a housekeeper in El Paso and even a cannery worker in Ohio. Everything she did was to ensure that her children had a better life than her own.

Two years ago, I arrived at the airport to fly to Mexico for a friend’s wedding only to find out that my passport had expired, and I wouldn’t be allowed to board the plane. After jumping through some hoops and expediting the renewal of my passport, I arrived in Puerto Vallarta. Unsurprisingly, my story gave everyone the biggest laugh of the week. Of course it did, it was funny. But for a few moments when I was on my way to the passport office, I became emotional thinking of my Grandma Lupe. I like to think she was smiling down at me because I was dealing with the exact opposite problem that she faced numerous times. I wasn’t allowed into Mexico because I am an American, which is exactly what she spent her life fighting to achieve.

Her passion and dedication to her family is one of the best qualities that she passed down to my mom. My mom also worked multiple jobs as a young single mother to put my brother and sister through school, so they had the education that she never received. My mom’s hard-working spirit is something I strive to embody every day. Even after I was born, she never settled, and she still works harder than any person I know. I swear that woman doesn’t sleep.

Thanks to my grandma and my incredibly hard-working parents, my siblings and I received great educations and now hold jobs that allow us the opportunity to reach new goals. It should come as no surprise that when people doubt my heritage, I lean into it that much more. This experience has helped me understand and appreciate diverse perspectives in my everyday life and at work. I recognize that everyone is coming to the table with different opinions, backgrounds and experiences—even though it may not look it on the surface.

As a communicator, the importance of acknowledging and celebrating all cultures, rather than assuming “one size fits all” is paramount. I am proud to be part of a team that recognizes the importance of ensuring that the work we do is representative of everyone, keeping in mind that the messages we create and the stories we share are not only inclusive, but authentic.

So, what does my Hispanic heritage mean to me? It’s my grandma’s perseverance and sacrifice. It’s the smell of my mom’s cooking. It’s cheering on the Dallas Cowboys with dad every Sunday. It’s my brother calling me “mija” even though I’m not a kid anymore. It’s the sound of mariachi trumpets and the memory of my uncle singing along with a huge smile. It’s the warm embrace that my hometown gives anyone who visits. Most importantly, it’s proudly sharing stories and celebrating my culture with my friends and through my work. 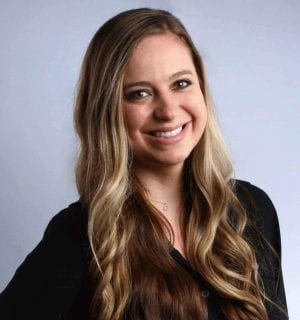