As communications practitioners, we are all storytellers at our core. We connect with varying audiences to share the stories of our clients, their missions and their values. From each pitch, interview, event, relationship and campaign, we take away lessons that will help us be better raconteurs in the future. With the Academy Awards coming up on March 27, what better way to reflect on key PR lessons than by looking at some of the best films of the year. Let’s review the stories told by the Best Picture nominees, for reminders of what we should be thinking about as we craft thoughtful narratives.

Pull up a comfy chair and grab your popcorn. But beware – this does include a few spoilers!

The film follows Buddy and his family at the beginning of The Troubles in 1969 Belfast, Northern Ireland. In the promotion of Belfast, there was much discussion of the film being a semi-autobiographical take on director Kevin Branagh’s own childhood in 1960s Northern Ireland. The emphasis on this facet of the story reminds us of how powerful personal stories can be with the audiences we target. People connect with firsthand accounts, seeing themselves in the shoes of the main character, and Belfast was able to capitalize on this personal connection to strike a chord with audiences.

In promoting the film about Ruby, a teenager pursuing her dream of singing while wrestling with the responsibilities to her non-hearing family, Apple released a music video with lead actor Emilia Jones, accompanied by Ferdia Walsh-Peelo, singing “You’re All I Need To Get By.” The music video includes clips from the film and is overlaid with lyrics, providing a natural connection to the film’s story. This tactic provides a powerful example of integration and the use of content across various mediums. The content we create can often be recycled and made new to further the messaging of our clients. We just need to remember to look for seamless ways to give it new life.

Adam McKay’s star-studded satirical tale of a planet destroying asteroid headed for Earth is an allegory for the climate crisis and shows the power of the media and politics. The scene in which Leonardo DiCaprio’s Dr. Randall Mindy and Jennifer Lawrence’s Kate Dibiasky take the story to the media teaches us the importance of media training and demonstrates the challenge of communicating a very complex message like that of the risks of climate change. The characters of Dr. Mindy and Kate have the knowledge as astronomers to support the message, but they lack the tools to communicate it effectively. As PR practitioners, we want to ensure that our clients are prepared and confident before speaking to journalists, especially on broadcast TV. Here, Dr. Mindy and Kate provide the worst-case scenario when spokespeople are not properly trained.

Additionally, in looking at the film’s promotion, one key takeaway is to forge partnerships that fit your narrative. The film’s campaign did so in its partnership to cross promote NASA’s DART Mission, a real test mission to deflect non-threatening asteroids from Earth.

Crisis communications is something PR practitioners may face at one point or another in their career, and it’s something that the theater festival producers in the film Drive My Car learn the hard way. Prior to where we, the viewers, enter the story, these producers dealt with incidents in the past with actors driving, which sets up the reason for Hidetoshi Nishijima’s character, Yūsuke Kafuku, to require a chauffeur. Later in the film, they have to handle the crisis around Masaki Okada’s Kōji Takatsuki, one of their actors, beating and killing a man. The producers are able to have the show go on with Kafuku taking on Takatsuki’s role. We may not see any press that the theater festival producers do in response to this news, but it demonstrates how we as practitioners need to have well-constructed plans when it comes to crises. It’s critical to plan for every possible scenario with a way forward when circumstances change.

Research and preparation are king. That’s what we see from Duncan Idaho’s character in the film – adapted from Frank Herbert’s science fiction novel. In Dune, the noble family Atreides is entrusted with controlling the planet Arrakis and the task of mining “spice,” a highly sought-after resource used in space travel. Idaho, soldier for the Atreides family, travels to Arrakis prior to the family’s arrival to scout the planet and provide intel on the mining facilities and the indigenous Fremen, as well as their technology and culture. In the same way, we as communicators must do thorough research before executing on any campaign or client pitch. We need to understand the current media environment, utilize brand awareness, vet competitors in the space, know the audience and determine the appropriate strategy and tactics.

Meeting your audience where they are and communicating your message in a place where it will be most impactful is of the utmost importance. What better way for a biopic about the father of the two of the greatest tennis players in the world (Serena and Venus Williams) than to connect with a target audience at a tennis event. King Richard’s cast did just that when surprising a group of young players at a community event at Wimbledon.

Gary Valentine, played by Cooper Hoffman, is an aspiring actor and budding entrepreneur. Throughout the film, Valentine takes on a variety of business ventures, including selling waterbeds, opening a pinball parlor and even running a public relations company. As one venture fails, another opportunity arises and Valentine pivots. This is a lesson PR professionals need to remember. Whether its pitches, social posts, or another tactic that may not work as intended, we find another solution or brainstorm a way around the obstacle.

An additional learning opportunity from the film comes from its promotion. Prior to the premiere, Fat Bernie’s Pinball Parlor was recreated in Los Angeles for the public to be transported to the 1970’s setting of the film. Experiential tactics like this remind us that we not only need to communicate our message, but also immerse our audience and provide touch points for them to connect with our clients and their stories.

In Guillermo del Toro’s neo-noir psychological thriller, Bradley Cooper’s Stan Carlisle, a carney turned mentalist for the elite in Buffalo, NY, learns a lesson our industry knows all too well – the vitality of transparency. Carlisle’s deception catches up to him when he takes a con too far. In our industry, nothing can be more important than being open and honest with our target audience.

The Power of the Dog

For many films, being screened at festivals and the potential for accolades can play a key role in the promotion of a film. The 1920’s Western Netflix Original from Jane Campion was invited to world premiere at the Cannes Film Festival. However, Netflix opted out due to the rule that any film competing must have a theatrical release in France. Additionally, those with a theatrical release must then wait three years before streaming. No matter how a cinephile may feel about the situation, as communicators we can see the importance of sticking to pre-defined missions, beliefs and values. Helping clients convey clear, consistent messaging helps to build trust and equity with a target audience. Ultimately, we saw Netflix solidify its commitment to its subscribers by turning down Cannes.

In addition to connecting with audiences where they are, it’s critical to understand them and communicate with them in a medium that will keep them most engaged. In advance of West Side Story’s much anticipated premiere, Disney China released a new version of the film’s poster celebrating Chinese New Year. The reimagined poster includes elements of traditional Chinese culture including calligraphy and depicts Tony and Maria in traditional Chinese dress.

Even though the stories we share in PR might not be shown on the big screen, these are lessons we can continue to keep in mind as we communicate both personally and professionally in an increasingly digital world. 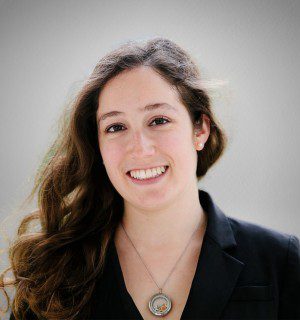