Picking Fights You Can Win

The consensus can be flat out wrong.

We see examples of this all the time in business, but the most recent and obvious example of this truism is the recent midterm elections here in the United States.

Virtually every pundit across the print and broadcast media was absolutely convinced that a “red wave” of Republican victories was a virtual guarantee given their focus on so-called ‘kitchen table issues’ like inflation and the perception of high crime rates.

That’s not how it turned out.

Weeks later, the analysis of exactly what happened on Election Night still rages on.  Among the many issues this event elevated is that adhering to common wisdom, or treading the beaten path, is not necessarily the right move in every circumstance. For example, consider the decision many small or medium sized businesses confront when stepping into the social good space: which issue should they support?

In the last five years, I’ve seen companies of every size activating around issues they might historically have never touched—such as gun violence, foreign conflicts, LGBTQ+ rights, racial injustice, and many others. Just a decade ago, these issues might have been considered too controversial. Times have changed.

People have recognized that government can only do so much, particularly in our era of increasing and paralyzing political polarization. Recent research conducted by FINN for our Sparo client revealed that 42% of Americans believe the government and businesses share an equally weighted responsibility to support Ukraine. More and more, every business stakeholder — from employees to customers to investors and suppliers — is looking for the company they admire, support and/or are working with to stand for something.

It’s an opportunity and a challenge for the conscientious organization. ‘The squeaky wheel gets the grease’, as the saying goes, and the wheels that squeak the loudest tend to get the most attention. The issues of the moment – the squeakiest wheels — are doubtless pressing, but the ones that grab all the headlines might not be the best vehicle for communicating a purpose-driven approach.

We’ve seen an uptick in companies and nonprofits reaching out to us because the environmental, social, or economic issues they’re championing aren’t top of mind – or receiving funding. These forgotten issues are placing us behind as a society because while overlooked now, they might become tomorrow’s most critical social issues, and if they stay unaddressed, we’ll be unprepared. Companies would be wise to invest in these areas if there is a strong business case.

Instead of going with the flow and latching on to the issues that dominate the headlines, it’s often a better approach to look for inroads with issues where you can elevate the urgency and truly own the narrative. The most successful movements have a name and a face, and a brand may find greater success in their social good work if they’re willing to look off the beaten path for a signature issue to invest in and support.

That’s not to say that you shouldn’t be genuine: quite the opposite! There needs to be buy-in at every level of the organization, from executives to interns. There needs to be a real, measurable difference that the company can make. And it must be authentic. There are three important questions to consider before you commit:

The second point often presents the greatest challenge to companies. They focus on platitudes around sustainability or good corporate citizenship without clearly defining what it is they mean. As a communicator, I can’t help an organization that just wants to be seen as environmentally responsible. I want to tell the story of what a client’s sustainability goals are, specifically, and how they’re turning words into action to make them a reality. I want to hear about how a client is uplifting people in an economically distressed zip code in their local community, coordinating with policymakers and driving tangible change.

If you’re not a Fortune 500 company, odds are you’re going to have to get creative if you want to raise your profile by doing good. Companies can’t solve every problem, but the opportunities are out there if you’re diligent about selecting ones aligned with your brand and your mission.

Take ownership of something that’s been forgotten. Make the issue urgent. If you do that, I guarantee you won’t get lost in the shuffle. 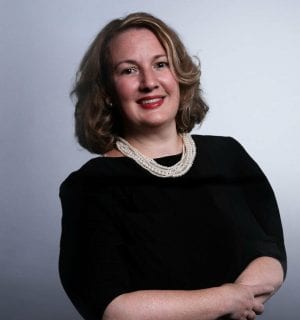