The antonym for pride is shame, defined as a painful feeling of humiliation or distress caused by the consciousness of wrong or foolish behavior. As a young Black gay man who grew up in Mississippi, I was always taught that being gay was a shameful decision that coincides with disease, death and spiritual warfare. During my adolescent years, the idea of taking pride in my true sexuality brought me goosebumps, as I’d witnessed the mistreatment openly gay men received from members of my community, and even members of my own family.

Once I became an adult and attended college, I was exposed to so many kinds of people, allowing me to become prouder of myself, in EVERY way. I realized that there was nothing wrong with me, and that being gay was not a decision, but more so who God created me to be. And while my queerness was not a choice, being proud of my identity was. Having pride means living in your most authentic truth and loving a major part of yourself despite the world telling you not to. It means showing up for yourself and others like you and creating avenues for normalizing gay culture in spaces where it is considered otherwise.

To me, pride means freedom. It means breaking free from societal norms and loving whoever you choose to love, regardless of their gender or sexual identity. Pride means screaming louder than the voice in so many of our heads that tells us to remain silent about who we really are. It means self-love. It means true happiness. It means living in my truth unapologetically, realistically and happily. 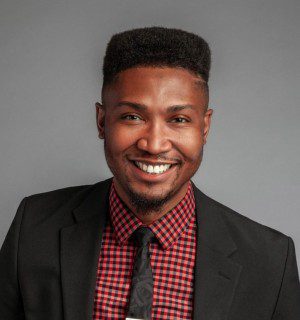