Lister, CRISPR, and Hope Amid COVID-19

If the coronavirus pandemic teaches us anything, it’s the virtues of patience and properly washing one’s hands. So, who better to turn to for current-day insight than 19th-century medical pioneer Dr. Joseph Lister. Lister discovered two clinical gems: 1) germs were on surgeons’ hands, and 2) if those hands weren’t cleaned before operating, the patient would likely become infected and die. A life-saving observation with modern-day import.

The concept that seems unfathomably simple today was killing roughly 50 percent of surgical patients during Dr. Lister’s time in the operating room. It took Lister decades of reflection, and trial and error, to prove his theory and then secure the buy-in of the medical community. In the meantime, patient after patient mysteriously died in his wards. To make matters worse, when Lister first proposed his thesis, he was widely mocked by the scientific community until the evidence was too great to ignore. Dr. Lister was a persistent scientist at a time when the world moved slowly.

There are generational parallels to today. While bacterial infections are generally curable, we still have little respite against viruses, including COVID-19. We wring our hands over every viral structure, which is why we still grapple with the common cold and flu each winter. Countermeasures against the coronavirus are purely preventative: ‘social distancing’, wearing masks, and of course, washing our hands vigorously.

Viruses are so difficult to overcome. It is tough to kill something that inhabits and dominates its host – without killing both! Most antibiotics fight bacteria by disrupting how they exist or reproduce. Viruses don’t do either of those things; they use our cells to do it for them.

Relative to the progress in other scientific fields, frustration is part of professional culture. People are working against time. Time is constantly on the move like a ticking bomb. The goal of medical science is to prevent the explosion. In the comparisons to the Spanish Flu, or SARS, or MERS, the viral pattern is that even after this outbreak ends, it can happen again.

But nothing stays the same forever. Dr. Lister was a person of faith. He would likely know the Biblical verse: “[in] patience, experience; and experience, hope.” If he had lived another 16 more years, he would’ve witnessed the discovery of penicillin; combined with his own breakthrough, the germ-born infections that had plagued humankind since inception, made broken bones and minor punctures veritable death sentences, became curable ailments.

Patience has certainly been practiced by our scientific community, including three decades of scientific research into promising areas of medicine such as CRISPR (Clustered Regularly Interspaced Short Palindromic Repeats). It’s a seismic shift in our approach to genetic intervention, enabling clinicians to splice and dice DNA with the precision that the assembly line brought to manufacturing.

Ironically, we have viruses to thank because we learned CRISPR from observation. They are so small, many viruses target bacteria, and in 1993, scientists recorded among these bacteria the first of a chain of unusual observations that led to two discoveries: 1) some bacteria are able to send out what are essentially molecular scissors, chopping up virus DNA when they attack to kill them, and 2) we are able to replicate these scissors.

After 30 years of careful observation and experimentation, we are now on the cusp of transforming an approach to disease with the seismic shift of Lister’s observation of bacteria.  Scientists are now testing CRISPR against the coronavirus. Could we finally make a viral infection as curable as a yeast infection? You can trace the source of that hope to the dogged, meticulous patience of Lister.

As Dr. Listers’ work illustrates, humanity has solved a long line of once-intractable problems. In fact, so many, that we’ve forgotten some existed at all. In popular culture, his name lives on usually only through the eponymous mouthwash – Listerine – named in his honor to invoke its strong antibacterial effect. Waiting can be immensely frustrating, even for as little as 20 seconds while washing hands. But, those seconds save lives. Patience, persistence and scientific passion. Lister had the gift of observation and the grit needed to persevere. Perhaps those scientists pursuing CRISPR will stay with it – for our sakes. 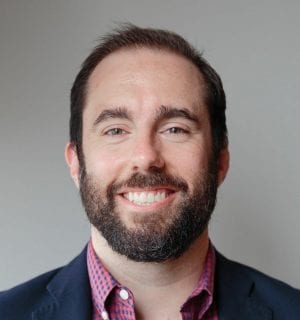