Is It Time For Other Professions To Have An NFL-Style Draft?

“With the first pick in the 2020 NFL Draft, the Cincinnati Bengals select Joe Burrow, Quarterback, LSU.”

Last Thursday, NFL Commissioner Roger Goodell kicked off the latest edition of the NFL Draft in familiar style by announcing LSU’s Joe Burrow as the first overall pick. What was less familiar to viewers was the virtual format featuring players, coaches, general managers, owners, fans and the commissioner all connected from the comfort of their own homes.

The NFL Draft is an annual three-day event where the game’s top college players are drafted in one of seven rounds by the league’s 32 teams. This year’s event brought in a record television audience of 15.6 million viewers on its first night, as football fans tuned in to a fully virtual broadcast. Viewership of last week’s event shattered the league’s previous record high of 12.4 million in 2014. With football fans everywhere under stay-at-home orders, it is not surprising viewership was up 37 percent compared to last year.

Our growing obsession with the journey of young athletes pursuing their dream of playing professionally is what makes the NFL Draft one the league’s must-see TV moments for millions of football-hungry fans, who embrace the experience with excitement and optimism for the upcoming season.

It is especially interesting to reflect on the popularity of this event during a global pandemic, when clearly there are other professions that are deserving of the same, if not more, attention.

Imagine if we put the same attention and focus on up-and-coming talent in professions that are more important than ever to our society as we do on NFL prospects. Isn’t it time we celebrated the journey from college to the pros of young professionals who are filling jobs in areas where we have big needs.

Let’s think about it. What if there was a draft for the top students coming out of our nation’s best nursing programs? How about one for the schools with the greatest need for talented teachers? Wouldn’t it be refreshing to hear that the first pick in a STEM draft was an engineering student from The California Institute of Technology or MIT? What if one of our leading research companies announced they were trading up to pick their favorite young scientist? How about a draft for trade school students who dream of a career in the building and construction trades?

While this pandemic has been devastating to our society in so many ways, we all hope some good things will emerge from this experience. The recognition that our frontline healthcare workers, teachers and other “essential” work groups have received has been wonderful to see. But it should not take a crisis for us to appreciate what they, and so many other professionals, do every day.

Whether it’s a draft or something else, recognizing overlooked and under-appreciated professions by elevating and celebrating their importance in our society, and doing more to inspire others to join their ranks, is one thing companies and brands should embrace now and carry forward forever. 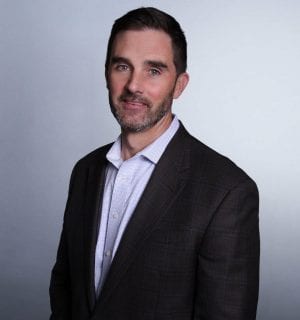