One of the first things we collectively had to sacrifice as a society due to the coronavirus pandemic was international travel. US travel came grinding to a sudden halt in mid-March, cancelling trips for millions, and potentially millions more depending on how long restrictions are in place.

With everyone confined to their homes, those eager to immerse themselves in a foreign landscape have some options available, spurred by rapid developments in virtual tourism and increased product offerings in response to borders closing. But the most popular ways to feel a part of being in a foreign destination from home remains one of the oldest and most time-tested: the magic of film.

In fact, Americans are consuming movies and TV shows more than ever, with streaming up 85% in March 2020, according to Nielsen. Films take on a whole new level of meaning and capture imaginations of travel-oriented viewers far more so when films are shot on location in destinations. They create not only an entertainment product but a tourism product as well.

There is no better example of films being tied to tourism than the Lord of the Rings. Shot entirely in New Zealand, the Hobbiton™ set has become one of the island nation’s most popular attractions, with tourism to New Zealand rising 50% in the ten years after the film franchise concluded, as reported by Forbes.

Nearly all tour operators in Salzburg, Austria have created a Sound of Music tour exploring the pastel, baroque town in the Alps. It looks much the same in 2020 as it did in World War II when the film is set, making one feel as though they truly are stepping into history with the Von Trapp family while they explore the location’s ornate plazas and architectural delights.

The examples go on and on. Whether it be the Mars tours in the Wadi Rum desert in Jordan where The Martian was filmed, or the Frozen themed tours in Scandinavia, these films helped create travel experiences, and destinations have seen the benefit of that firsthand.

But how will film tourism look in a post-COVID19 world? Film and tourism are two of the hardest hit industries, with theaters and borders closed. While Americans are taking in more content than ever before, we are in a media blackout period where little new content can be produced.  The Facetime structure of the Parks and Recreation TV show reunion will likely become tiring very quickly, as that is not a true production.

After the coronavirus crisis subsides, people will be more hesitant to travel unless necessary. With technology, it is hard to see a studio greenlighting a destination shoot when a green screen can be used, which will keep everyone in the country, saving money and staying safe.  This is made all the clearer by the fact that one of the first celebrities to become infected with coronavirus, Tom Hanks, was in Australia while shooting an upcoming Elvis biopic.

Destinations that depend on foreign productions for the economy boost it brings are already pitching studios to resume filming, as countries like Iceland and Slovakia flout their safety measures and point out that fewer tourists means more production space.

Paul Audley, president of FilmLA (Los Angeles’ film office) told The Hollywood Reporter that production might be able to start up in July/August or Fall, with new production guidelines.

With domestic production halted, it makes foreign destination shooting more on the horizon rather than an immediate prospect.  Travel experts like Rick Steves are doubtful that international leisure travel will return in 2020, meaning it is unlikely that film production outside of the U.S. will return in this year either.

Destinations that already have tourism offerings based around films set or filmed on location will still be able to benefit from that connection. This time spent in isolation and social distancing increases decades of nostalgia that viewers hold for certain films, and the hope to see these places in real life.

While we all await the world opening again, destinations can use this time to create a film tourism product. Consumers will need motivation to travel again, and movie connections will resonate with more people than most other methods.

In the meantime, to escape to far-off lands that are missed so much, there remains no better option then to stream a location-shot film. Whether Lawrence of Arabia, The Revenant or Mad Max: Fury Road, location shooting creates a level of authenticity in film that cannot be matched. 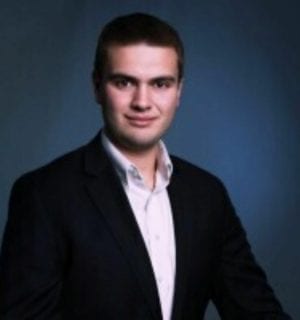