Fake News – How we fight it, and how we might spread it (unintentionally)

In a first draft of this article, I started with a quote. Although it might be a slightly over-used trope, I think it’s a solid way to start an article. The particular quote that I chose, was even one I had used several times in the past, once while writing about the dangers of digital communications in 2007, and once while discussing reputation management on social media in 2010. It contains some great imagery, is easy to remember and makes you look smart at parties. So, it must be a fairly versatile quote as well, one that is worth to start an article with.

Then I remembered that I couldn’t even say who first said it.

This isn’t the first time that happened to me. Two days before handing in my diploma thesis (an in-depth analysis of Otto von Bismarck’s political PR and propaganda during the German wars of unification – ping me, if you want to discuss in detail!), I learned that the quote I opened with was probably not by Bismarck! I still left it in, adding an ‘allegedly said by’ for good measure.

But this time, I decided to go without. The reason is that I don’t want to falsely put someone on a pedestal for something that they probably just repeated from someone else. I didn’t want to spread false knowledge and have one of you, dear readers, go on to tell someone this great quote, but attributing it to the wrong person, because you read it here.

Which brings me to Fake News.

Fake News as a concept has existed for a long time in different forms (even Bismarck knew how to utilize grandiose war stories and undermining the trust in political rivals), and there are a ton of articles out there about why people utilize both spreading un-true stories and accusing others of spreading fake news. There are several theories about the hope for attention, financial or power gain, and why the democratization of media in the digital age has – paradoxically – made it easier for fake news to spread and harder for it to be debunked.

So, I’ll not write the next piece about it, but rather have a look at how the response to the very real problem of how fake news is handled. (And then probably make a sharp turn into obscure communications history. Wouldn’t be me if I didn’t do it.)

From my perspective, two angles to this topic are especially interesting:

The first question already has different layers. Most people will think of it as a legal or societal question first, but for countries relying heavily on tourism, it’s a question of survival. Because while companies or individuals can easily control what they are communicating (some just choose, not to control themselves), countries without a censorship infrastructure will always be measured against the words of the people.

The current crisis is a very good example – a lot of tourists will soon make a decision based on what they perceive is a country that a) showed a good response to the pandemic and b) wasn’t hit hard. The former is actually a rather subjective category. For example, we Germans are quite critical of our states’ response, while our political leadership is often praised in foreign media. But the latter category is based on facts and numbers and can therefore be viewed objectively. Which lead to some countries – like our client, Belize – to enact a law that persecutes people spreading misinformation.

Now, that is not a universal solution. In several countries, this would be unconstitutional, even if it relies on objectively false information being spread. In Germany, for example, it would only be possible to sue people in a civil lawsuit, not persecute them in a criminal court. It is a balancing act between stopping the spread of misinformation and being viewed as an oppressive regime – which is about as hard as it sounds, and often relies a lot on your overall communication, about how open and concise you are communicating about the crisis and how good you are able to underline your statements with facts.

Listen, my children, and you shall hear

But speaking of oppressive regimes: Colonial Britain (told you I’ll get historical again). While the American Revolutionary War also provides great case studies about failed political PR and crisis communications, it is the basis for one. That shows us, how misinformation is not always spread intentionally, and how the campaigns we want to start now might have a severe impact on future perception.

So, let’s talk about Paul Revere and his famous midnight ride.

Now, without looking at Wikipedia: Who were the other men riding with Revere that night, to warn the revolutionaries in Lexington and Concorde? Did you even know there were others? And did you know Revere was detained by the British, and never finished his ride?

The answer to the first question is William Dawes and Samuel Prescott, two men who never got the attention Revere got. Why is that so?

Well, the answer is: ‘Revere’ rhymes with ‘hear’.

Nearly 100 years after the fact, US poet Henry Wadsworth Longfellow wrote his poem ‘Paul Revere’s Ride’, commemorating the famous undertaking. He didn’t care about historical fact but needed a symbol of American heroism – and for that, he was more concerned about catchy rhymes, than fair distribution of fame. It can be argued that his poem cemented the vision of Revere’s ride in the cultural psyche of the US, and the world, making Revere one of the most well-known revolutionaries.

As an aside, this would have seriously angered Longfellow’s maternal grandfather, Peleg Wadsworth – who commanded Revere on the disastrous Penobscot Expedition and got him court-martialled for cowardice and disobedience. Ironic, isn’t it?

Now, why am I giving you this history lesson? Because I think it shows us what impact we can have with our communication, especially during a crisis, and how important it is to be precise. Longfellow’s goal was to steer patriotic sentiments and a feeling of togetherness in a country on the brink of civil war; he failed in doing so. But at the same time, he basically rewrote history for generations to come, an outcome he was not able to control.

I’m a firm believer in learning from history to avoid making the same mistakes. Now, people might argue that Longfellow could never have foreseen how his poem would affect history, but I disagree. The examples given in this article – from the question if it’s okay to prosecute people spreading fake news to the strange story about Paul Revere – all revolve around the issue of foresight. And modern PR and marketing is full of examples where one asks: “Why didn’t they think this through?”

Much too often, we see campaigns that rely on a flashy idea, but nobody thought about what would realistically happen, and this is especially true during the current crisis. Too many brands, figuratively speaking, sacrifice fact for a good rhyme, and risk seriously hurting their reputation. Right now, people rely on us to have the foresight to anticipate the effects of what we are communicating.

Fighting Fake News, in whichever way possible, should therefore be on our all agendas. On the one hand, this revolves around providing solid, fact-based information for people to be able to inform themselves. But it also means that communicators need to be extra careful to stay on that factual basis, instead of being opportunistic.

Or, to say it with Greek fabulist and storyteller Aesop (and I’m sure this quote is from him): “Whatever you do, do it wisely and consider the end.” 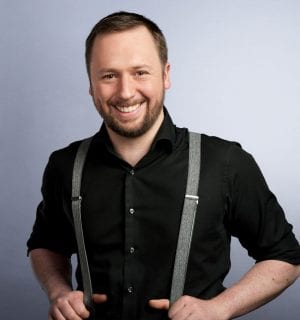