Dodging a journalist’s question is nearly always a bad idea.

Whether you’re a spokesperson for a large company, a small business owner or an entrepreneur with a message to share, speaking to the media is completely different to addressing board members, clients and colleagues. An interview with a journalist is not just a conversation, it’s a transaction. In short, there are rules to follow and skills to practice to avoid an unfavourable outcome.

Effective media engagement can provide a business with ample opportunities, provided that the spokesperson has a good understanding of how it all works. Robert Taylor – one of the UK’s most successful trainers in this field – has drawn from his experience working with politicians and CEOs in a new whitepaper, produced for FINN Partners.

Yesterday, attendees gathered at a seminar hosted by FINN Partners and Landmark in London, to hear Robert set out the dos and don’ts of speaking to the media, explaining why when placed in a difficult interview situation, dodging the question is almost always counterproductive.

We’re all familiar with politicians who try to avoid questions by answering one they wish they’d been asked instead. In a famous BBC interview in 1997, the then Home Secretary, Michael Howard, avoided the same question from Jeremy Paxman an incredible 14 times in a row. And in 2012, Chloe Smith, then a junior government minister, avoided Paxman’s very first question six times, resulting in a car-crash 12-minute interview. (Both excruciating encounters are available to watch on YouTube.) Fast forward to the more turbulent political times of 2019 – arguably when we need straight-talking politicians more than ever before – and Newsnight presenter Emily Maitlis recently commented that getting a straight answer from politicians has become noticeably and increasingly difficult.

Of course, it won’t always be possible for spokespeople to answer every question put to them. There may be security implications, or it may be a violation of company policy to reveal certain information. In these cases, Robert urges spokespeople to always address the question, by which he means simply telling the journalist why they cannot answer it. Journalists will accept that, but they will at very least expect a reason and not for their question to just be ignored!

Our new whitepaper – available to download here – offers a best practice guide for spokespeople wanting to maintain control of any interview situation, with advice on how to effectively communicate their key points for a successful, reputation-preserving interview. 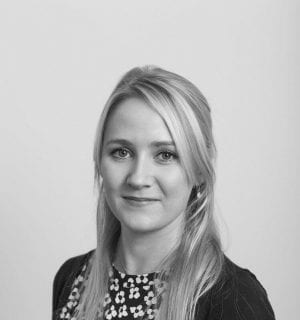