Diversity and the Media: Why a Declining Business Needs a New Majority

The great thing about SXSW is the threads you start to put together while listening to diverse ideas. While sitting in sessions on the future of media with Vox Media CEO Jim Bankoff, and diversity and inclusion in new media with a distinguished panel from journalism and entertainment, it occurred to me that there was a significant link that I hadn’t heard anyone explicitly mentioned. The media needs the new majority. Audiences that are underrepresented in media also consume less media, and with declining viewership, this needs to change. This has been covered elsewhere, but was a little overlooked in the sessions.

During the Diversity and Inclusion in New Media panel, a question came up about representations of children in entertainment. Should the content creator use a diverse selection of characters, or use something without cultural markers such as stick figures? I loved Jeff Yang’s answer to just change the standard representation of human beings as homogenous (white). Change the default to something more diverse, rather than overrepresent races, genders, and backgrounds to appear diverse.

In the future of media session with Bankoff, he said that Vox is aided by not having a print or television portion of the business. This means, at least in his mind, a media company is helped by being nimble. But what if they changed the default? There have always been media outlets that target specific groups, but maybe it’s time for the default to change. Audiences will seek content that resonates with them, and a significant portion of news audiences are looking for more in-depth and diverse angles according to Bankoff.

Looking at the diversity and inclusion conversation about SXSW, it’s clear this trend of a break from the default is alive and driving a lot of conversation and attention.

In politics, Alexandria Ocasio-Cortez represents a change to the default. Not only as a woman of color, but as the type of politician she is and her role in the Democratic party.

This is already a trend. In all corners of society, we have seen a shift to something different than the default. And the media would do well to move to the bleeding edge on this to retain audiences.

For marketers, this means a reconsideration of the entire approach to creative representation. The Benetton “colors” campaign becomes an outdated concept. We don’t need to represent all people to appeal to all people, we need to change the default and let people find themselves in diverse representations. The reason people loved the Dove campaign was partially about a challenge to body and beauty image standards, but it was more about a stand against the default of what we see in advertising, and those things are intrinsically linked. The bold lead from the front. 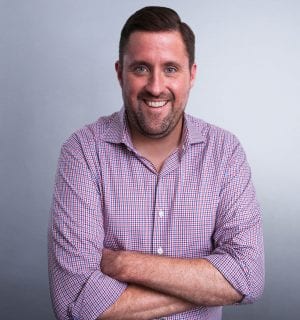