Closing the Gap: In Asia, the Past, Present and Future Are Female

When it comes to shattering the proverbial glass ceiling, Asia is ahead.

Women’s empowerment has long been on the agenda, and recent years have seen a number of defining moments for women all over the world. In 2019, the first all-women spacewalk. In Sudan the same year it was  women and youth who led the uprising. This year, Kamala Harris became the Unite States’ first female, first Black, and first Asian-American Vice President. Meanwhile in Asia, Filipino journalist Maria Ressa became the 18th woman to receive the Nobel Peace Prize in 2021, the committee’s most prestigious award. She joins the ranks of four other Asian women including the Catholic missionary Mother Teresa (canonized as Saint Teresa), who received the prize 1979, and the female education activist Malala Yousafzai, the youngest-ever Nobel recipient, in 2014.

The movement is afoot in the corporate world, too. Women have made significant strides in representation among senior leadership in the past decade. In 2020, women’s representation improved across all levels of the corporate pipeline in America, according to McKinsey’s Women in the Workplace 2021 report. And while Asia may have earned a reputation in history for being more conservative compared to North America and Europe, it appears we are actually ahead of the rest of the world when it comes to women leadership both inside and beyond the boardroom.

A study by Credit Suisse in 2019 found the Asia-Pacific region had the highest percentage of female chief executive officers, led by Singapore, where 15 percent of firms are led by women CEOs. Thailand came in second (nine percent), followed by the Philippines (eight percent). The report, which surveyed the diversity of 1,280 executive teams in 14 Asian countries, also found that the percentage of women in management positions stood at 19 percent, second only to the US and ahead of Europe.

There is precedence – Asian nations were among the first in the world to elect women to their countries’ highest office when Sirimavo Bandaranaike became Prime Minister of Sri Lanka in 1960. Indira Gandhi became India’s first female President in 1966. Corazon Aquino, the face of the Philippines’ People Power Revolution, was elected its first female President in 1986. Today, women’s representation in parliament in the region has increased in the past 20 years – in 2000, only 13 per cent of seats in national parliaments were held by women; in 2020, that figure rose to 20 per cent.

While society has been slow to get the message, diversity, and women leadership in particular, reaps benefits. Women’s active participation in decision-making bodies of local government is “key to ensuring that policies respond to the needs of women and men in local communities.” In the midst of a crippling pandemic, research showed that women are, in fact, better leaders during a crisis. For reasons often echoed in the great debate of men versus women, we are also rated better on most competencies in the workplace, notably when it comes to learning agility, employee development, and displaying integrity and honesty.

All of this to say: Let’s go shatter more glass ceilings. 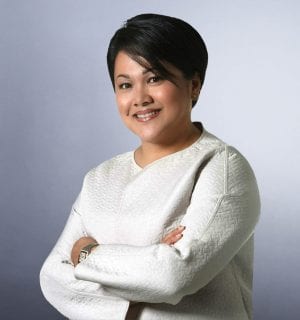