Bringing Good Will Through Gaming

The COVID-19 crisis has been challenging for many sectors, but some, like gaming, have seen an uptick in business as they provide a positive distraction. Video game publisher 2K experienced an increased interest in their games during this time. In return, the company chose to give back to the those in need by raising money for first responders, while bringing sports entertainment to a broader audience beyond the gaming community.

2K gathered 16 NBA players, who were inactive at that time due to the suspension of the season and pitted them in a 1-on-1 NBA 2K20 tournament on national television. The matchups aired on ESPN over a week and included a mix of all-stars and up-and-coming players, including Kevin Durant, Devin Booker, Donovan Mitchell, DeMarcus Cousins, Trae Young and more. While competitive in nature, the tournament was about more than being crowned the “Best NBA 2K player in the NBA.” These 16 players were competing to raise money to support their local communities facing the pandemic.

The marketing machine needed to work seamlessly and effectively across global teams for a production of this scale. This was a massive undertaking across different marketing functions including PR, social, legal and events/production teams, with only a two-week planning period.

Days prior to the planned announcement, Yahoo! Sports published an article leaking a majority of the tournament details. We knew we had to move fast  to re-take control of the narrative. In fact, the communications team was able to get the announcement published within two hours of the leak, directing traffic away from Yahoo! Sports and onto owned channels and additional earned coverage.

The team strategically positioned the NBA 2K Players Tournament as the next-best-thing to the actual NBA, an exciting substitute that created competition and light-hearted camaraderie between NBA players.

We were able to facilitate interviews on the ‘first tournament of its kind’ with top tier publications, including CBS, The Los Angeles Times, The Athletic, The Replay (Quibi), USA Today and more, for 2K to discuss the tournament first-hand. Other esports leagues, including MLB (MLB The Show) and the NFL (Madden), conducted similar esports tournaments in April, but NBA 2K was the first and garnered a much higher share of attention due to the speed of execution.

The campaign generated more than 2,000 pieces of coverage and 10.8 billion potential impressions for the two-week tournament, surpassing all coverage from two months’ worth of campaign announcements in 2019 alone.

Currently, the NBA 2K Players Tournament is ESPN’s most viewed esports event in the network’s history and the appetite for more tournaments is growing.

The biggest learning was that versatility and strong ability to execute fast can make a big difference in the outcome of such an initiative. Can you act quickly and effectively on a global scale, no matter what the challenges? 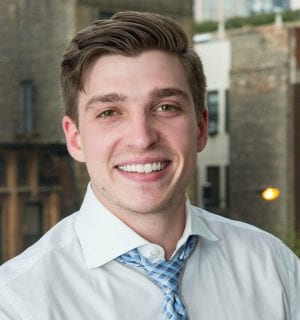