Even if you don’t have an HBO Max subscription and didn’t tune in to the premiere of the Sex and the City reboot, And Just Like That, you likely saw that the debut made headlines – but not in the way everyone was expecting. Or, at least, the headlines that stationary bike giant Peloton and one of my personal favorite instructors Jess King were expecting.

In what the New York Times dubbed as the bike’s “most unfortunate product placement,” a key character dies of a heart attack in that first episode. Love him or hate him, celebrating your 1000th ride is a great achievement, but dying immediately following… one can’t help but connect the unfortunate dots.

Peloton quickly came out to say that HBO never told the company how the bike was being used in the premiere – only that its real-life instructor Jess King would make an appearance as fictional instructor Allegra. As reported by BuzzFeed, “the company approved King’s appearance but indicated that it didn’t know about the plotline.”

And this happens in media relations often: We wait for the story to publish or for the clinical trial data results, and sometimes the outcomes aren’t as planned. And I couldn’t help but wonder… is there actually no such thing as bad press?

In this case, Peloton stocks slumped. The company mobilized to issue a statement on behalf of an expert, Dr. Suzanne Steinbaum, who is a member of Peloton’s health and wellness advisory council and a preventative cardiologist, about the character’s extravagant lifestyle. But consumers continued to google “Peloton + death,” resurfacing an already tarnished digital fingerprint of incidents tied to the Peloton Tread.

What’s a company embroiled in a scandal to do? As we often counsel our clients, in a case like this, taking charge of the narrative is key – because when there is a void of communication, the public will fill in the blanks themselves.

Peloton apparently decided to own the conversation – with a little help from Ryan Reynolds. Debuting on Sunday, Peloton released a commercial featuring an intimate evening with Chris Noth (who plays Mr. Big) and Instructor Jess King. The parody praises that Chris looks great and cheers “to new beginnings,” followed by Ryan Reynolds voicing a pharmaceutical-style disclaimer that reminds everyone that cycling is a healthy activity.

According to Variety, this spoof was a response to the episode and came together “in less than 48 hours” with the help of Ryan Reynolds’ marketing company, Maximum Effort. And just like that, the conversation shifted back to the prowess of Peloton.

As communicators, what can we learn here? In some cases, it’s best to lay low. In others, stepping forward to make a clear statement – backed by medical science, and within the same “arena” as the criticism is being levied – can make all the difference in guiding the dialogue back toward your message.

As an avid Peloton rider and SATC fan, I was glued to the media flurry surrounding the last five days. Peloton’s move to own the conversation in a time of being the underdog shows that we can adequately “spin” the conversation.  In a time of crisis, it’s important that we take a pause. Just a few moments of assessing the situation and looking for the creative opportunities that can reset the conversation. In less than 24 hours since the commercial’s airing, the tweet has garnered almost 50,000 likes and countless positive headlines.

Maybe you didn’t ride over the weekend in fear of a heart attack, but you clipped in today because of their sense of humor.

Author’s note: The outline for this blog post was derived while doing a morning ride on my Peloton (#spininthecity) and I live to tell the tale. 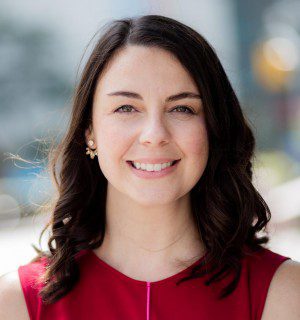