A TALE OF MANY CITIES – HOMELESSNESS

Standing outside my new Portland apartment, my sister-in-law pointed to a tent on the sidewalk adjacent to the building. By the look in her eyes, I could tell she was concerned that I had moved to a neighborhood that could have problems with the homeless. I responded that she doesn’t need to worry, my previous address in downtown Los Angeles was a block from Skid Row. I was used to tents and not just one–hundreds of them—right around the corner from my building. These tents, whether in Portland, Los Angeles or other major US cities, represent thousands upon thousands of homeless people scattered throughout urban America, many unfortunately who are impacted by substance abuse, mental illness or the crushing burden of poverty.

This is a major health crisis that impacts the entire country. So many of these people are dealing with mental illness and/or drug and alcohol addiction. I have seen firsthand the violence and drug addiction in the alleyways and on the streets and sidewalks in many cities and I find it hard to understand why these disadvantaged people don’t have more access to public services, housing and healthcare.

According to the National Alliance to End Homelessness website, homelessness has seen a slight increase in the United States in 2018, following seven consecutive years of decreases. Despite the overall rise, the report also shows decreases among key populations, including families and veterans.  The website attributes this to the focused efforts and resources from service providers, local leaders, and federal partners that have made it a priority to end homelessness for these populations.

As a partner for Finn Partners west coast offices with a focus on health, I worked with kids and families impacted by pediatric cancer for six out of the last nine years of my career. I witnessed the resiliency of people dealing with insurmountable odds and the caregivers around them who step forward to help. The same could be said for those who are living on the streets.  They are also dealing with insurmountable odds. No matter the reason for their situation, many of these people are not able to help themselves.  Compassionate care is an essential.

As a newcomer to Portland, from what I have read and seen, it is a city that cares and is actively attempting to tackle the issue.  Portlanders are working with their state and local officials to come up with solutions that will have lasting impact.  Last year, Portlanders ranked “shelter for people who are homeless” as the second most urgent issue to address.  Whether it’s a new funding bill announced recently that would create centers for Oregonians dealing with mental health issues or proposals to build new homeless service centers, people are speaking up and working to find solutions. Portland is hopefully on track for change.

It’s important to note, mental illness is not something that happens on the streets.  According to Mental Illness Policy Org. website, mental illness is a major contributor – the tipping point that leads to homelessness. These people are not receiving care before or after they end up homeless. Our national mental health system is still challenged, whether we are talking about gun control laws, jails/prisons as a solution or a major gap in available health services to the masses. We have a humanitarian public health crisis on our hands, and we can only hope, no matter what the solution, to make compassionate care a priority.  We must continue to find ways to include empathy when we look for solutions and not just for the homeless and mental health challenges but for all those in need.

To find out more about this issue, visit the National Alliance to End Homelessness. 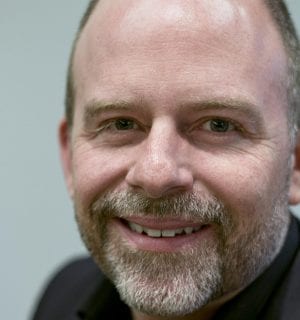