Like many of us in the LGBTQ community, I grew up in a religiously restrictive environment.  Being gay was a sin that would condemn you to hell forever.  And ever.  Coming out for me was so scary that I waited more than a decade to tell my truth for fear of abuse, judgement, and ostracization.

Behind the scenes though, I was slowly preparing my coming out for years before I could actually do it, by watching every LGBTQ documentary and reading every LGBTQ book to learn more.  (Hyper-focused on the outlets that could help reverse the religious trauma from my youth – of course).  Unfortunately, I didn’t have any role models, family members, or friends to look to for advice, so I just did what I could to keep my secret for one more day until I felt ready to tell my story.

As it so happens, eventually I felt ready.  I had watched enough, read enough, thought enough, agonized enough, and I knew that I had to make a choice.  I could go to my grave having people believe I was straight, or I could live a virtuous life by being truthful to others about being gay.  It’s been almost a decade now since making the personal choice to come out, and I’m so glad I did.

I have a beautiful wife, and we just celebrated our seventh anniversary.  And I have two beautiful boys who are 4 and 1, and I’m smitten by their every move.  Yes, I’ve lost close relationships over my decision, but I’ve realized that “my people” are the ones who support me, lift me up, and cherish every single part of me. 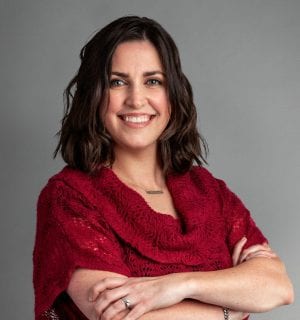