They always say that your New Year’s resolution should be realistic. After all, it doesn’t make sense to pick something that you can’t start and finish—otherwise your January goal will fade into the “I’ll get to it next year” ether. So, I am going to offer a doable challenge to lawmakers as we enter the New Year: bridge the healthcare gap by adopting and promoting national telemedicine reform.

We see both sides of the Congressional aisle offering up various policies to address healthcare disparity and costs—whether it is a large policy shift like the Medicare for All Act or the American Patients First plan. But all of this is too much to do at once—immense partisan policy and legislative changes that will take years to pass. My mother always had a saying when I was dealing with a big problem, “How do you eat an elephant? One bite at a time.” Let’s introduce this first bite of healthcare policy: national telemedicine reform.

Telemedicine has been around for decades, and it’s quickly gaining momentum for more than just primary care and triaging. It’s becoming more common to go to your local clinic for a vision screening and then linked to an ophthalmologist that’s located in a hospital 50 miles away. Now individuals—regardless of where they live—have access to specialists that would otherwise be out of reach. And numerous studies show that telemedicine’s efficacy is just as high as in-person visits.

But here’s the rub. As much as telemedicine can pave the way for better health outcomes, it faces a major hurdle, especially for those who live in rural or inner-city locations: physicians are restricted to only practice clinically within their state (or where they are licensed). What this means is that if they are an in-demand specialist—such as neurologists and dermatologists—they can’t help someone that’s even a state away—even if the state border is a stone’s throw away.  This creates very real issues for those who live in healthcare deserts. These physicians and clinicians can apply for special telemedicine licenses; however, this is cumbersome and complicated at best.

There is a champion, however—the U.S. Department of Veterans Affairs (VA) has set the stage on how we can change telemedicine policy. Through its recent Anywhere-to-Anywhere initiative, VA physicians can see patients across the United States. This now allows rural and inner-city Veterans an opportunity to see specialists as-needed and on their terms—whether from home with their mobile device or at a local VA community clinic (and in its latest announcement of a public-private partnership with Wal-Mart, VA is piloting a program to make telehealth services even more accessible to Veterans). Granted, VA is a large integrated medical institution.  At the same time, they have provided us a framework from which to work. Similar models have been pioneered by the private sector, but they still rely on having physicians licensed in various states—a band-aid to the problem.  This is certainly not the long-term answer. Our goal should be to look at VA and as a working model when proposing new policies.

Veterans often pave the way for conflict resolution.  With that in mind, here is my charge to lawmakers nationwide: make your New Year’s resolution something with policy teeth and take a bite out of the elephant by promoting nationwide telemedicine healthcare policy. 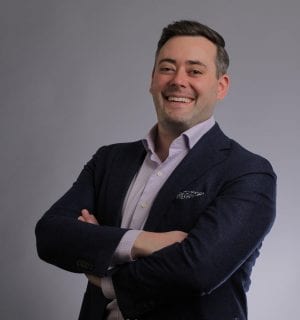