A Lesson on Being Me – From My Children

“When the student is ready, the teacher appears”- Buddha

As a parent, I learned the transformative truth that children thrive when they are seen, heard and understood. When my son Aj was 6 years old he came to me, asking for my help “to write his dad a strongly worded letter.” His words, not mine. I looked at my sweet-faced son and wondered in amazement, “Who raised you?”

In the household where I grew up it was expected that children would be seen but not heard. I have been put out of “grown folks’ business” more times than I can count. After a while I learned that I got more praises for being a sweet and smiling young girl. Even as I got older that masked smile stayed. It was a face that I would put on when I discovered that people really did not want to know the answer to the question, “How are you today?” These constant reminders taught me that swallowing your truth is better, even if it drowns your soul.

When I became a mom, I decided that I would be a different kind of parent. I’m not sure that I expected that raising my kids differently would change me, too. I taught my children to tell their truth. I gave them permission to challenge me when I did not. I empowered them to speak honestly about how they felt. For them, I was being the parent that I needed as a child.

So, when my son came to me asking for help writing this letter, I was forced to examine myself. I wasn’t sure if such a letter would be well-received, but my child knew to speak up about his feelings and his own truth. I also had to admit that I had no idea how to write a strongly worded letter because speaking up for myself wasn’t something I practiced. I needed to figure this out to help him.

It was right about there that I became the diligent student and my children became my willing teachers. They have taught me so much about life.

People say that there is not a manual on parenting. I would have to disagree. The manual is written in the heart of a child. When children feel seen, heard and understood you open the manual that is hidden in their hearts. It is here that you will find the mysteries and wisdom that your children came to teach you. It becomes your privilege to share in their unfiltered joy. You learn what makes them sad, and why. They will teach you what makes them feel shiny.

I am the mom of six amazing souls. From the moment each child arrived I learned so much about myself and the world. What they have taught me has transformed me. It has helped me tap into my personal strengths. It has helped me accept my limitations with grace and understanding. My children have given me so much depth as a human.

When I was ready (or not), six tiny people showed up in my life and taught me how to be a better version of myself! They’ve set me free from the little girl that was seen and not heard. For this I am eternally grateful to my children. 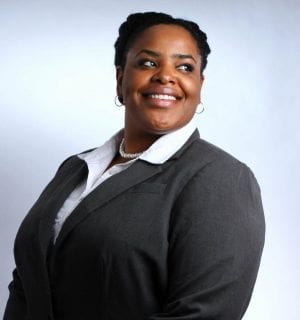