Nashville Electric Service (NES) is one of the 12 largest public electric utilities in the nation, distributing energy to more than 400,000 customers in Middle Tennessee. FINN worked with NES on a number of initiatives to develop a solar park, increase energy efficiency and reduce per capita consumption. The efforts coincide with the Mayor of Nashville’s initiative make Nashville the greenest city in the Southeast. As part of this initiative, NES was encouraged to build a solar park on land that was once a landfill and to encourage customers to reduce their usage of electricity.

Reduce energy usage and launch a solar initiative to make Nashville the greenest city in the Southeast. 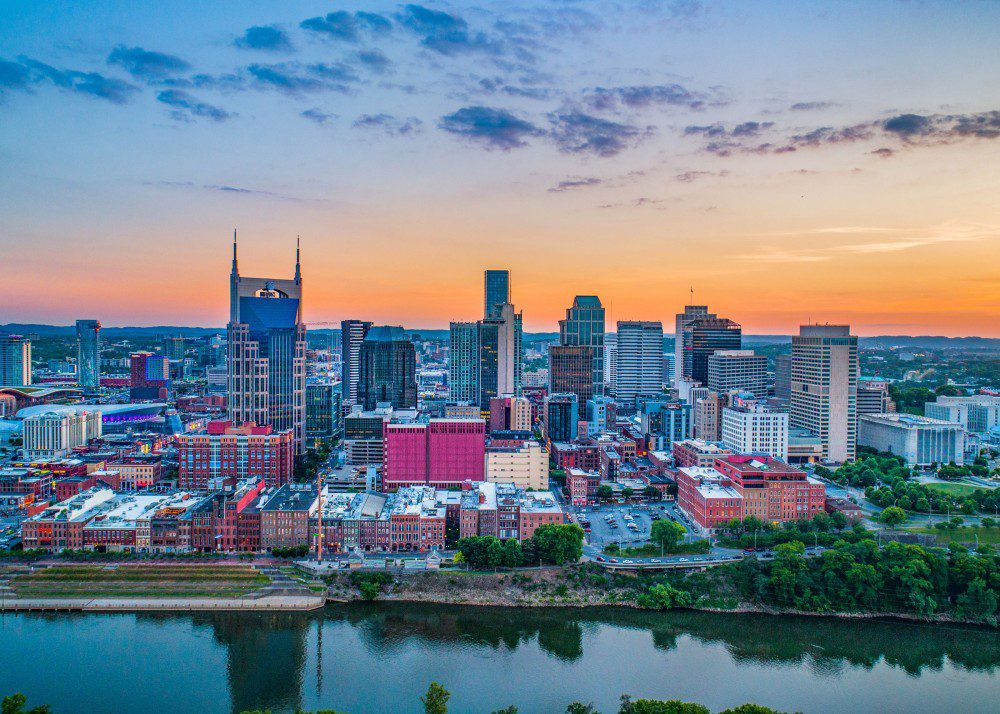 FINN worked with NES to create a brand for Music City Solar, which included a logo and overall look for the campaign. Developed a comprehensive list of tactics including TV and print media advertising, through print, digital, billboard and audio spots, videos, a microsite, fact sheets and welcome kit for enrollees and two community events. FINN created and maintains a website for Music City Solar. 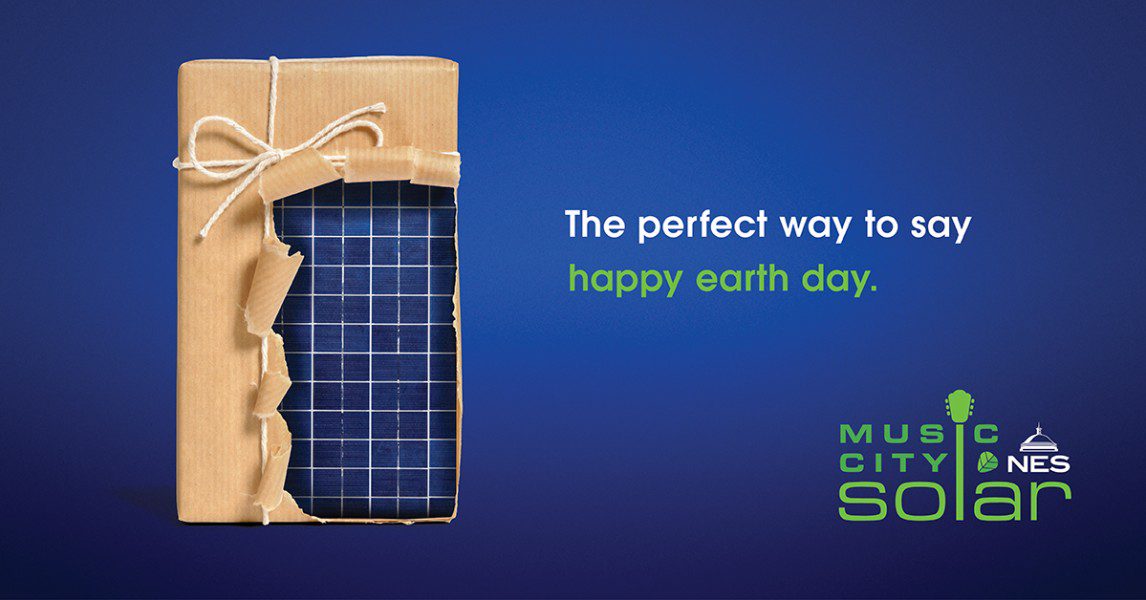 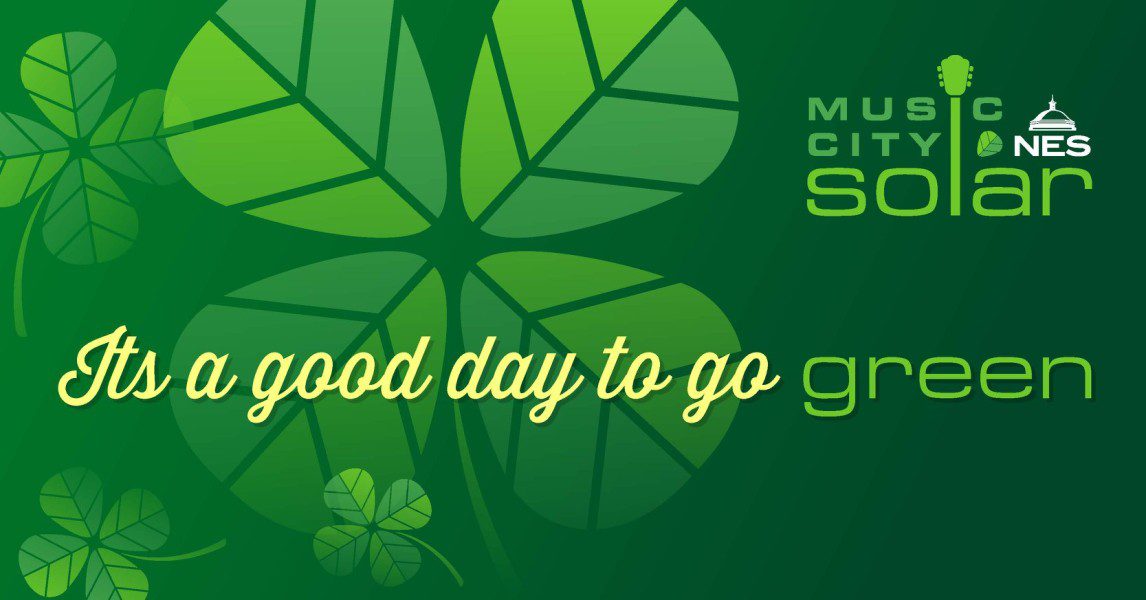 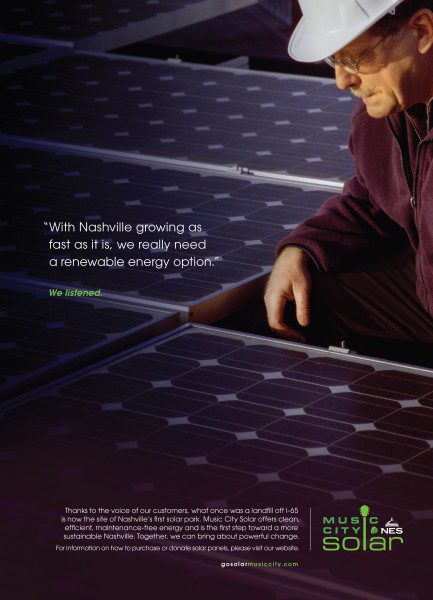 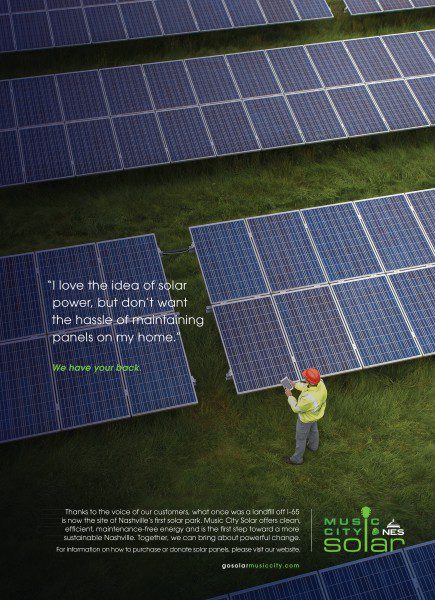 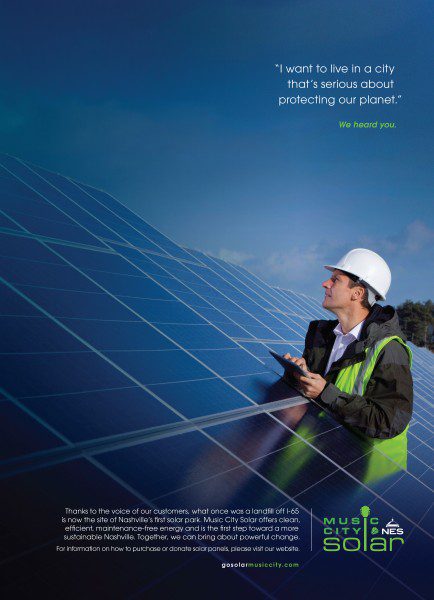