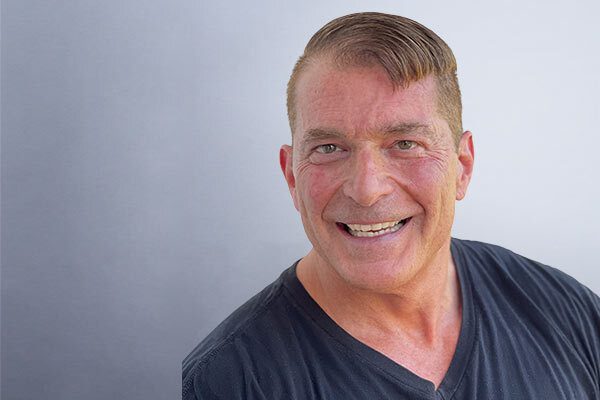 Started Barokas PR in September, 1998.
Helped a lot of clients shape, fix, enhance, and grow their brands.
Acquired by FINN Partners in July, 2021.

Uncomfortable silences. Why do we feel it’s necessary to yak about bullshit in order to be comfortable?

Music flows though my veins like blood. In the early ‘80s it was all about rock n’ roll. Every night I’d listen to Steve Slaton’s shows on KISW-FM 100, Seattle’s Best Rock. In 1982 I called Steve on the request line and asked if I could visit the station. Surprisingly, he said yes. A week later I was in the epicenter of Seattle’s rock scene and I somehow managed to talk my way into an internship where my duties included putting away vinyl records, making coffee, answering the request line, and emptying ashtrays. My weekly “pay” was 4 albums a week. I was in heaven. After 1-year of the internship, I was hired by the amazing morning team of Robin & Maynard to write news, make better coffee, give traffic and weather updates and adhere to the strict mantra of “when news breaks, we fix it.” I spent the next 9-years as Howdy the Cabin Boy on that show and loved every minute of it. Well except one minute in 1985. Anyway, it was through KISW I was introduced to PR people as they’d frequently pitch us for exposure on the show. I thought “what a cool job, choregraphing the news. Who knew?” Fast forward to 1995 and I found myself working at a firm representing Microsoft and the launch of Windows 95. While I loved the work, I loathed the BS of the firm (it was the opposite of KISW) and decided I was going to start my own tech PR agency, with the creative aspect of rock n’ roll radio and none of the BS of the big firm. Barokas PR was born in 1998 with our first client ShopNow.com. Our mantra? PR minus the BS.

So, I’ve learned that what they say, about time flying when you’re having fun, is true. Over the past 23 years I’ve worked with some ridiculously smart people, been involved with too many cool technologies to list, and learned that just when you think you’ve seeing it all, you haven’t. This is usually the part in a “seasoned” PR person’s bio where they list all their coverage wins including the Wall Street Journal, Techcrunch, the New York Times, Oprah, Ellen, USA Today, and on and on. I’ve always found that a little silly since, if you’ve been doing PR for a while, it’s assumed that you have a long line of placements to your name, so we can just skip that part. I’ve seeing a lot, done a lot, learned a lot, made a ton of mistakes, and formed lifelong friendships along the way. As Joe Walsh said, “Life’s been good to me so far.”

There are a few books that have been instrumental in my life. One is Dale Carnegie’s How to Win Friends and Influence People. If you haven’t read it, stop reading this and go buy a copy. It’s simple but powerful, life changing stuff. The other book is blink by Malcom Gladwell. In blink, Gladwell challenges the idea that important decisions should take a long time to make, that we’re wired to make good decisions, quickly. This is precisely how I felt upon my first meeting with FINN in August of 2019, the same night The Rolling Stones played Seattle. I knew almost instantly that the values, culture, and approach to work aligned perfectly with what we had built at Barokas PR. I also knew that together with FINN, we’d have the opportunity to help many more clients all over the globe. It wasn’t a tough decision to join FINN, it was a great decision and I know together we’ll accomplish amazing things.