Moorgate was started in 2002 out of frustration. I’d spent the first half of the 1990s a financial journalist in the Euromoney stable, eventually becoming editor of a specialist magazine in the infrastructure and trade finance sectors. Here, I’d be called by PRs that – while pleasant and cheerful – knew nothing about the industry, ultimately leaving lots of potential collaboration with their clients untapped. Then I moved into banking, working on trade and infrastructure deals. Located in London and Greenwich, Connecticut, I’d seek help promoting our innovative financial structures in the media. Yet the inhouse comms team were uninterested; they were too busy fighting fires and defending the top management. While worthy endeavours, this left me recycling my journalistic background to promote what we were up to in Latin America and Eastern Europe, as well as with the US energy and agri-business sectors. From there, Moorgate was born, focused on helping sometimes highly-complex and sophisticated financial institutions actually tell their story. We call it “communicating expertise” because that was what we did – use both old and new platforms to highlight the fantastic knowledge and experience that resided within organisations such as Deutsche Bank and S&P Global. We’ve since broadened out to cover all non-retail banking, and sectors such as insurance and pensions, as well as fintechs. Yet the core principles remain the same: intelligence-led PR is invaluable; content generation and media penetration should complement each other; and clients are looking for a partner they can trust, one with deep knowledge of their organisation (including its sensitivities) while able to act proactively in sourcing opportunities that complement their needs.

So why be acquired by Finn Partners? Ultimately, we could have continued as we are, quite happily. But Finn Partners is special. It gives us the global reach we needed and that our clients had been asking for. Yet others could have done that too. It also gives Moorgate the security of being part of something bigger. But, again, FINN was not alone in offering that. But what mattered to me was the clients and our staff (we take skill-acquisition and career progression very seriously). And Finn is so obviously the right home for what we have built. It believes in the same depth of collaboration with the client, the same trusted-partnership and the same nurturing of talent and early-responsibility for the team. Moorgate had been born from criticism of what I saw as mild-malpractice in the PR industry: the big-named agencies that talked a lot, delivered little (other than a fat invoice) and seemed to operate in the expectation of rapid client turnover. That’s the last place I wanted Moorgate to end up. We’ve been working with some of our largest clients since 2002 – they needed Moorgate to make the right next move as much as anyone. From the first moment I met Chantal it was obvious that Finn understood Moorgate’s collaborative approach and intimacy with the clients as well as our sensitivity to both client and market knowledge. If we could do this on a global basis, that really would be something. And then there’s the fact Finn feels like a co-operative of founders. So many of the Managing Partners have been through the mill – setting up agencies with all the stresses and strains that entails. Meeting Peter and Alicia simply confirmed that feeling – that this was obviously Moorgate’s new home. We’d arrived. It’s a great feeling. 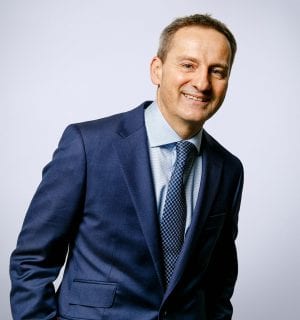