This year’s World Cities Day invites us to consider the sub-theme, ‘Adapting Cities for Climate Resilience’. Climate change has the potential to drastically reshape the cities that we live in, indeed the effects are already being felt across the world. More than half of the world’s population live in our cities, so how are world cities adapting to combat the threat?

The COVID-19 pandemic had a visible impact on many of the world cities, from a view of the Himalayas from more than a hundred miles away in Jammu, to clear water in the canals of Venice due to reduced boat traffic. Air quality in general improved and the NASA Center for Climate Simulation found that nitrogen dioxide levels decreased by 20-50 per cent in 50 of the 61 cities they analysed.

These stories garnered a lot of positive press, and some fake news, but ultimately they gave people false hope about the effect of climate change on the world cities, and the world in general.

Indeed, when restrictions were lifted, air pollution quickly returned to its pre-pandemic levels. A survey conducted in December 2020 found that this was the case in 39 of the 49 cities and large towns studied. This is despite the fact that none of these locations had returned to previous levels of economic activity. According to a report from the United Nations Development Programme (UNDP), cities are responsible for 70% of global greenhouse gas emissions and the brief reduction in emissions over the COVID-19 pandemic is not enough to reverse this trend.

However, many of the world cities have put sustainable development and climate change at the top of their agendas. Ottawa, Illinois is a great example of this. As a result of upstream development and climate change, the town became significantly more at risk of being flooded. With some crafty urban planning they have managed to turn the tide by halting and diverting development on the floodplains. This approach can be easily applied to other at-risk world cities.

Another city that has used sustainable development to reduce climate change effects is Santiago de Chile. Chile’s capital is one of the biggest cities in South America and it has a network of over 7,000 buses in daily circulation – that is a lot of pollution. To combat this, Santiago de Chile has committed to electrifying the entire public fleet by 2035, with the eventual goal for all buses in Chile to be electric by 2040. As of the end of 2020, there were almost 800 buses in operation with a further 1,670 purchased.

Smart cities may seem like the stuff of science fiction films, but they have the potential to enable truly sustainable urban development. And, they are already a reality, for example, Singapore is regarded as the world’s smartest city.

The ultimate goal of smart cities is to deliver sustainable solutions and more accountable citizen services. This can be achieved by ensuring connectivity between systems, collaboration between teams, and greater intelligence in operations. Modern collaboration technologies like Hexagon’s HxGN® Connect are the key to unlocking smart city potential.

Climate change is affecting world cities in a real and devastating way, it is also increasingly at the top of the agenda for urban planning. Here’s to hoping that our cities of the future will be smart and green. 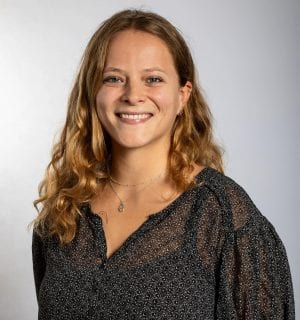