It’s no secret that visually-driven content on Instagram is a clear point of intersection for destinations, hotels, travel lifestyle brands, and consumers in various stages of travel planning. According to Instagram, the community has grown from 90 million monthly active users in January 2013 to 1 billion monthly users in 2019. With more than 500+ million users actively using the app each day, among them are digital influencers: those with an immense influence in travel right now, whose aesthetically-curated feeds are filled with inspiration and travel tips. Their feeds inspire consumers on the path of purchase, and created an entire movement around FOMO, or the Fear of Missing Out.

Over the past few years, the “Fear of Missing Out” has impacted all age groups. However, more users are recognising the effects it can have on one’s mentality, and the mindset around FOMO is shifting in everything from social engagements to travel. Staged photos are recognised as being inauthentic, and followers appreciate moments where their favorite influencers admit to not having a picture-perfect lifestyle, according to The Atlantic. With this shift, a number of travellers are now embracing the act of  JOMO (the Joy of Missing Out). They want to fully immerse themselves in their experiences, prioritising conversation and meaning over Wi-Fi connection.

According to Hotels.com, 2018 brought an 18 percent increase in searches for “remote destinations” and “off-grid travel”. Likewise, searches for Greenland increased by over 65 percent this year compared to last, leading Hotels.com to believe that one of the coldest places on Earth will become one of the hottest destinations in 2019. Make no mistake: the JOMO trend can be embraced by both leisure and business travellers. It is perfect for an adventure seeker who would rather scale a mountain than post a photo at each peak; a connectivity-dependent who would rather embrace rest and relaxation, leaving their phone far from reach; and even a business traveller who prioritises an extra hour of sleep or fitting in a workout over a cocktail with colleagues.

For destinations that consistently utilise digital influencers to spread the word, this can be a scary thought. So, how do travel destinations and hotels embrace the concept of JOMO? In 2019, several companies and destinations are already doing so. In lockstep with a growing global demand for well-being an increased awareness of carving out time for oneself on the road, Westin Hotels & Resorts implemented a #JOMO programme to reward guests who find the ‘Joy of Missing Out’ and take time back for extra sleep, exercise or a break from technology. At the Westin Hilton Head Island, an Unplugged Package allows travellers to turn in their phones and take advantage of complimentary access to kayaks, fat-tire beach bicycles, road bikes, and more.

In the spirits world, German beer brand, Hoegaarden, created a JOMO-inspired campaign in the USA that actually paid people to slow down for Spring break and disconnect. The Belgian Wheat Beer giant covered flights and accommodations to Belgium for a select number of travellers and their friends, encouraging the selected groups to experience a more slow-paced, relaxing lifestyle.

While wanderlusters will continue to feel the effects of FOMO, this new wave of JOMO is a conversation worth looking into (and doesn’t look to be going anyway anytime soon). There will always be Instagram-able content available while travelling; but hotels and destinations now have an opportunity to promote healthy lifestyles and relaxation in its truest form.

How will you travel this summer? Are you more FOMO or JOMO? 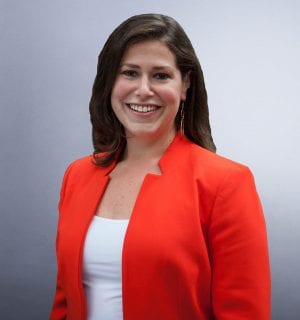