Some recently-announced heavyweight recruitment at Libra Association, the body overseeing Facebook’s stablecoin project, suggests both that the launch of the cryptocurrency is still on the horizon and that the intention remains the same: nothing less than a revolution for the payments industry.

The appointments in May and June this year (Sterling Daines has joined from Credit Suisse as Chief Compliance Officer, Robert Werner has been appointed General Counsel – with a CV that includes HSBC, Goldman Sachs and Bank of America Merrill Lynch – and Stuart Levey has been made CEO, joining from HSBC Holdings where he was Chief Legal Officer) prove that Facebook’s nascent cryptocurrency, Libra, is more than just a PR stunt. Rather, the scale and seriousness of its recent recruits tell a different story: that Facebook is on the brink of attempting a major shift in the global payments industry.

Whether it succeeds, however, may well depend on how the platform’s users now perceive their host.

The idea behind Libra is obvious and rational. There’s little doubt that the “bigtech” companies of Silicon Valley (and increasingly, China) are keen to re-shape the financial services landscape particularly with respect to payments. In fact, Facebook can be seen as a latecomer in this respect. Amazon Pay was launched in 2007 and even that was in the wake of Chinese online retailer Alibaba’s “digital wallet” Alipay, which was launched in 2004 and claims around one billion users. While both retailers – making a foray into the US$2 trillion payments industry highly-logical – it’s the bigtech companies’ data that gives them the edge over the traditional payments providers (i.e. the banks and credit-card companies).

Facebook has thousands of pieces of data – voluntarily submitted – that paint a detailed picture of who its users are friendly with, their tastes, and even their thoughts (well, public ones at least). As one of the world’s biggest advertising platforms it knows how to commercialise this data, and the temptation to add uplift services such as payments (which then feed-back yet more data about users) may be too large to ignore. Yet mining this data for commercial ends is ethically difficult – one not helped by well-documented data indiscretions at Facebook in the recent past. The scale of Libra’s impact will therefore come down to trust in Facebook.

So those new appointees at the arms-length Libra Association are part-and-parcel of Facebook’s attempt to convince clients – consumers and corporates – to swap traditional currency for Facebook’s algorithm-generated and maintained Libra coins. To trust the platform with their money: not just in holding dollars, euros and pounds but in converting their hard-earned post-tax savings into an invented currency (albeit likely backed by hard currency).

Trust – as many PR people will tell you – comes down to “being transparent”. Having clear and published policies – underpinned by strong ethics – and being open when it comes to day-to-day operations and regulatory compliance. Certainly, this is Facebook’s playbook: the Libra Association is nominally independent (like a central bank) and Facebook has doubled-down on trying to build trust: spending time and money updating its policies and products and advertising that fact (even on the old media its spent 16 years undermining).

But such transparency could equally be seen as an attempt to restore lost trust. And that, says “trust expert” Rachel Botsman (author of books such as Who Can You Trust?) makes transparency not quite the silver bullet PR practitioners propagate.

Speaking at Sibos in London in 2019, Botsman said that “if you need for things to be transparent, then you have practically given up on trust. By making everything transparent, you are reducing the need for trust”.

“Trust enables us to navigate uncertainty, place our faith in people and take leaps into the unknown,” says Botsman, which seems to be a long way from Facebook’s position with respect to Libra, despite the heavy investment.

Meanwhile, the purveyors of more traditional forms of payments such as banks and credit card companies – using old-fashioned central-bank issued, government backed currencies – will drive home the security and safety of their age-old method of value exchange.

So, given the above, how should the Libra project position itself? First, it should position itself not as a revolution but as complementary to the existing system. The “fintech disruption” narrative may help win over some customers, but not enough to make the investment viable over the long-term. The most trusted companies, meanwhile, are those that collaborate and cooperate with existing structures. Just as the best – and most trusted – financial institutions are those that don’t communicate fintechs (or even bigtechs) as a threat, but as innovators able to enhance their trusted products and services, so should the best fintechs return the complement. They are not “exploding” or “revolutionising” a particular corner of finance but rather improving it by making it more efficient, more consumer-friendly and (yes) cheaper.

Just as banks should be embracing the idea of Open Banking and welcoming (approved and compliant, of course) fintechs into the fold, so should fintechs embrace the existing payments infrastructure – that generates trust for all its inefficiencies and costs – and seek to enhance it. Win:win communications, in other words, rather than a zero-sum war that will only play well with youthful radicals that have little money to invest.

Given this, Libra’s grand “we’re going to change the world” claims may ultimately result in it doing no such thing. 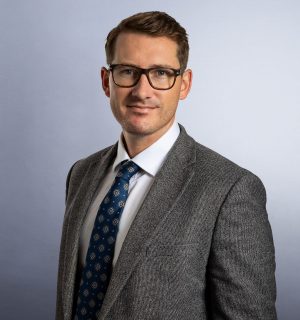