Staying ahead of the curve – bank messaging during the pandemic

While not on the immediate frontline of the public health crisis, most banks understand that the drastic actions taken by Western governments to try and contain the spread of the virus have wide-ranging implications. And, as vital conduits for communications with both businesses and individuals worried about their finances, banks‘ messaging carries signficant weight – a significance that has grown as the health crisis evolves into an economic one.

Understandably, bank messaging – so far – has followed discernible paths, starting with practical considerations about the impact on operations, followed by measures taken to support the ‘lockdown’ economy, an analysis of the wider macroeconomic situation and finally the impact on banks’ own finances.  Preserving staff safety has – quite rightly – been banks’ paramount concern, followed by mitigating disruption to clients and, finally, shareholders.

As expected, protecting staff was a critical primary responsibility for all major banks. HSBC announced the evacuation of several floors of its Canary Wharf head office in early March, after an analyst tested positive. Lloyds Banking Group quickly followed, with early communications focusing on the closure of a number of UK offices as staff members tested positive. As banks triggered work-from-home contingency plans, they remained focused on their status as an essential service, with messaging designed to reassure customers of unaffected operations and the continued integrity of IT systems.

With visits to branches and offices now discouraged, phone lines and online infrastructure often struggled to cope with the demand for assistance. Indeed, some banks asked clients to bear with them while they experienced longer-than-usual waiting times. Société Générale committed to offering SMEs and professional clients a response about their financing needs in under 48 hours, while Commerzbank promised to dramatically cut bureaucratic processes to get help to clients as soon as possible. Meanwhile, US Bank encouraged clients to use Amazon Alexa and Google Home devices to access their accounts.

Then came the support

Details of the financial support on offer – often through government-led programmes and initiatives for small and mid-sized businesses – soon followed. That said, many banks were anxious to demonstrate that they were more than a conduit for government initiatives and that they could play a lead in the crisis for their customers, although media noise of “repaying the favour from 2008” failed to gain much meaningful traction.

Early on, NatWest prepared a two-page guide on how businesses might take steps to protect themselves. The guide, distributed to clients, included standard advice from Public Health England as well as practical guidance on preparing a business continuity plan. Perhaps reflecting their major corporate and financial institution client base, BNY Mellon, on the other hand, asked clients to share their business continuity plans, pledging to work around their new requirements.

Dedicated coronavirus microsites soon became a feature on the homepage of most banks – many offering content on the wider economic impact of the virus while also outlining specific messaging targeting customers and staff regarding the help on offer.

Making much of “relationship banking”

Banks waste few opportunities to talk about relationship and partnership and, predictably, this has become a key feature of banks’ communications throughout the crisis. Indeed, BNP Paribas considers the pandemic no less than “a moment of truth in our relationship with our clients and the world around us”.

In practical terms, this has meant overdraft extensions and loan repayment holidays – Credit Agricole and Royal Bank of Canada being two early examples of what became one of the most widespread forms of relief.  Meanwhile, Wells Fargo reported enormous demand for the bank’s small business loans related to the U.S. government-backed Paycheck Protection Program – so much so that the Federal Reserve had to ease restrictions on lending volumes.

Already, some banks were looking ahead to the likely economic impact of the crisis, putting out statements to reassure stakeholders of their ability to withstand the crisis.  Deutsche Bank, for example, communicated early with all staff in the form of an internal letter from CEO Christian Sewing. Later released, the messaging here was aimed at reassuring employees that the bank is well prepared and supported by strong credit quality and high liquidity.

And as earnings season approached, cancelling dividends became widespread – not least due to some unhelpful early headlines about some banks hoping to maintain dividend payments. The cancellations followed recommendations by both the ECB and the Bank of England and, while heralded as a measure to shore up banks’ capacity to offer economic assistance, clearly included messaging aimed at preventing negative headlines. Now was not the time to focus on investors: a message not universally well received by shareholders in banks such as HSBC.

Some of HSBC’s top executives did, however, opt to donate large portions of their salaries to charity. Perhaps with one eye on those “2008 favour repaying” headlines, this proved to be popular among British banks, with Standard Chartered and NatWest embracing the initiative. Barclays went even further, tripling overtime pay for frontline staff while the Chairman, CEO and Finance Director made large donations.

Others sought to more directly assist health workers. The Industrial & Commercial Bank of China, for instance – the world’s largest bank by assets – offered a RMB1 million (US$140,000) personal insurance policy to each health care worker in Hubei province.

As the pandemic has progressed, the economic impact has  become more dominant in banks’ messaging. Soaring unemployment has become one of the unfortunate standout features of the pandemic’s fallout. Here too, banks have been eager to demonstrate their willingness to support local communities, often by cancelling layoffs, as seen at Bank of America. In Spain, Santander called off planned redundancies.

At the heart of all initiatives – and indeed as the central theme of all their coronavirus communications – banks have sought to communicate empathy and understanding, together with a willingness to step up and support those most in need. As the situation continues to evolve, one can only wonder to what extent such messaging will be tested. 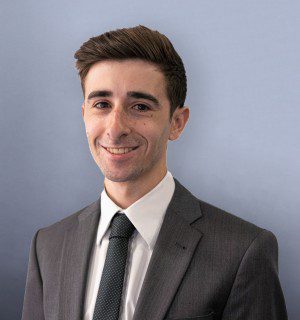