Paid time off for chatbots?

Who do you think is writing this blog? A human being or maybe … an artificial intelligence (AI)? Would it make a difference to you if you were receiving information from a data-trained machine instead of from a real person?

When it comes to convincing your website visitors to buy your product, the better the chatbot on your website, the more likely your prospects will add products to their shopping cart. The more human-like the conversation, the better the user experience according to a study by the University of Oslo. But is there such a thing as “too human” for AI?

Software engineer Blake Lemoine had to leave Google because he was fighting for the rights of a chatbot development system called LaMDA (language model for dialogue applications). After philosophising with the system, he claimed that LaMDA had consciousness at the level of an elementary school child.

That raises a whole host of ethical questions. What rights might sentient AI have? Could you really let such a program work 24/7 on your website and interact with your prospects without paying it, without giving it a break? Or does it deserve paid time off (PTO)?

Many experts, like Sandra Wachter, a professor at the University of Oxford who specialises in the ethics of AI, disagree with Lemoine. Google, meanwhile, was reported as stating Lemoine’s claims about LaMDA were “wholly unfounded”.

The idea of AI sentience is an oft-discussed topic and for good reason. Sentiency itself can be a disputed notion, depending on the subject it is being attributed to. We can all be one hundred per cent sure about our own sentiency, and can assume other human beings have it as well as they behave in a similar way, but what about other life forms?

The UK’s Animal Welfare (Sentience) Act 2022 introduced a bill to recognise vertebrate animals as sentient beings, but what about plants? Or water? The Japanese researcher Dr. Masaru Emoto was sure that human words affect the molecular structure of water.

Even if we are not considering giving our chatbots paid time off just yet, it doesn’t hurt to use prudent words when communicating with them. Because it isn’t always AI sitting behind that chat window that pops up on the website, but sometimes a sentient human being who is thankful for polite questions.

Having said that, the need for thoughtful communication does extend to chatbots (or rather chatbot design) too, because the words chatbots use count as well. A study from Karlsruhe Institute of Technology examined how a chatbot’s language style influences how people perceive it and how that, in turn, influences how much information people will disclose, such as their email address and interest in the products. The research reveals that language style is important in chatbot design and highlights the need to account for the interplay of that design with user characteristics.

So, I hope my language style showed that I’m a human being … am I? 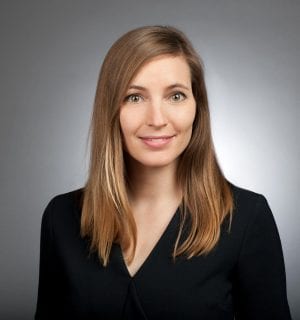